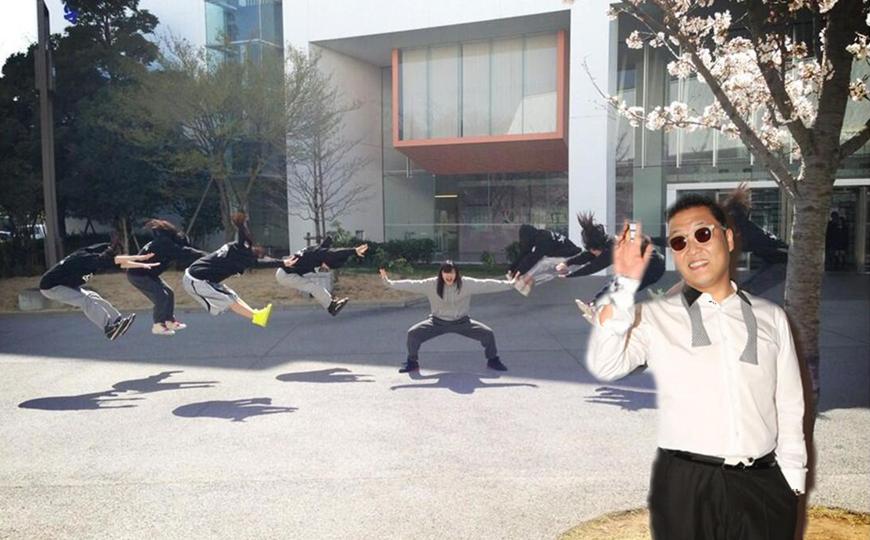 Makankosappo.  If it sounds kind of Japanese to you, then you’re correct.

Have a gold star.  Better yet, have a ball with a star on it.  Collect all seven and make a wish.

Makankosappo is a dance-like action, playing out Dragon Ball (probably Z) fight sequences.  Whether this is also involves 5-minute close ups of faces and grinding teeth, is probably left up to the hero of the story.

Wait!  This could be dangerous, anything can happen in manga…

Makankosappo involves the main player acting out a fight scene, and using their ‘energy’ to force the other players flying back.  They’ll jump away, choreographed, as though blasted by a shockwave.  Or a Kamehameha Wave, if you’d prefer.  (For this, training in 10 times gravity and reaching at least Super Saiyan level is recommended, but not compulsory.)

Not only is it funny to watch, it has produced some pretty cool photos as well.

Makankosappo has also been suggested as the next meme to replace the popular but rather short-lived Harlem Shake meme.  And probably not a moment too soon!

Whether the Makankosappo meme has the legs to go the distance, only time will tell.

Will it go on for months on end like the horse riding dance of Psy’s Gangnam Style, or never get off the ground maybe like his new Gentleman?

Speaking of, the Gentleman dance brings back the late 1980s  parachute pants, and adds some Elvis Presley hip gyrations.  With a bit of skipping and, apparently, limp wrists for good measure.  If that’s not sexy enough – as if – try eating some noodles as well.

Usually it’s in times like these all you can do is laugh.  Fortunately you can also: