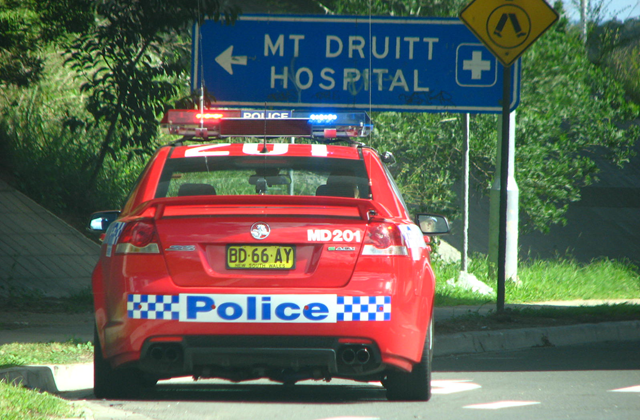 Struggle Street: When to Intervene in a Documentary?

Struggle Street, the documentary which initially aired on Australia’s SBS has had its fair share of controversy.

Before the show even made it to air, commentary about the ads for the documentary were rife. Namely about how it depicted those people in it and the suburb of Mount Druitt in a negative light.

Garbage trucks blockaded the SBS Sydney offices in protest over the show.

Then it aired, and it appeared it wasn’t quite as one-sided and biased as those outraged by the initial ads suspected.

It elicited sympathy. A look into something different, seen through different eyes.

That the cycle of poverty can be complex, and there’s no easy answers to persistent problems.

That people should be uncomfortable about Struggle Street and confronted by it, rather than sugar-coating it.

Yet as the series rolled on to its finale, there was a shift away from sympathy for some on the show to disgust and anger, in particular about:

Bob, a 47-year-old, drug addicted and filmed sleeping through a visit from government welfare workers for his court appearance.

Beyond the anger aimed at Billie Jo and Bob, there was also again anger towards the documentary makers:

Why had they not intervened in the cases of Billie Jo and Bob?

Is it the role of those making a documentary to intervene and influence the outcomes of those being filmed?

Much like Struggle Street itself, it’s not an easy answer.

To the extent that the documentarian is scientific, then their role is likely to be that of the detached observer. Recording and cataloguing what is occurring.

In such a case, taking an emic approach, those subjects in the documentary express their own beliefs and make their own decisions within their culture. The documentarian does not attempt to interpret or generalise such viewpoints, which would be the case were an etic approach taken (and can also to lead bias via ethnocentric explanations of the observer).

However, in both cases, those making the documentary may not be wholly detached scientific observers. Elements such as editing and narration, amongst others, may come into play.

There also may be something rather cold about claiming such a detached viewpoint, suggesting that in some circumstances, some intervention should, and maybe even must, occur.

To draw an analogy between Struggle Street and a wildlife documentary, would no doubt be considered distasteful. The very suggestion that humans be compared animals, even as an analogy, in such circumstance is insensitive and cruel. Similarly, there are those who intensely dislike wildlife documentaries, especially when they involve scenes of predators and prey. Again the question arises, of why not intervene?

With this are professional codes of conduct and industry standards, as related to ethical practices.

Those in the medical and legal professions are often told things in confidence by patients and clients; and by and large that level of trust will not be breached. There are, however, exceptions to the rules, wherein they may disclose knowledge or intervene themselves. Such as where someone is reasonably believed to be at risk of harm (whether from themselves, such as in the case of suicide; or from another, such as in domestic violence) or their actions are likely to harm another or involve engaging in criminal activity.

Where that leaves the documentary maker, though can still be considerably grey.

Then the documentary maker is no longer a detached observer recording what is happening. They may not be intervening in the strictest sense, but they are prejudging what is seen by others; though that is somewhat inescapable. In pulling the camera away, or intervening, are they then detracting from the reality of the documentary?

If the documentary is filming an execution, should they intervene so as to save human life? Or, is this notion subsumed by that of the law here?

Similarly, if filming in a warzone, if one soldier as about to shoot and kill another soldier, should the documentarian intervene so as to save human life? Or, are such notions pushed to the wayside by that of war and enemies?

Regarding the drug-smoking and pregnant Billie Jo, the intervention would have been on behalf of her unborn child. Even if it may have been but one instance of many unseen.

It also highlighted the complexity and inertia of circumstance related to socioeconomics, wherein status is often the legacy of both nature and nurture.

Clearly the unborn child has no say in the actions of the mother, yet is to intervene to do what is right, or to interfere?