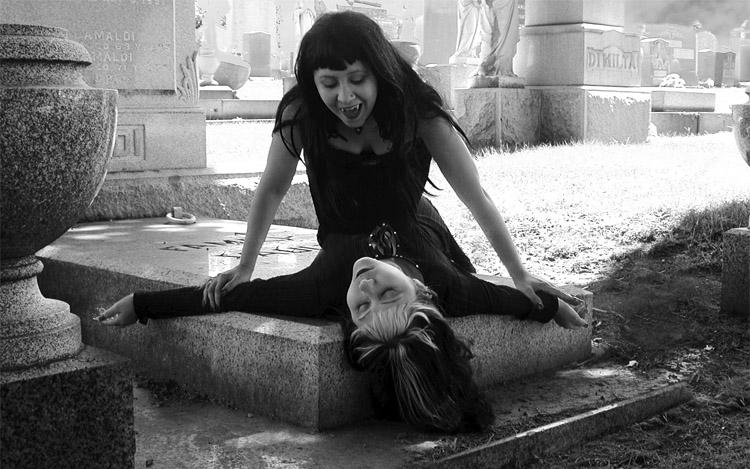 Not that whacky news out of Hollywood and news about Kim Kardashian are any strangers to one another, but now there’s apparently a truth stranger than fiction:

By extracting your own blood and then reinjecting into your face, under medical supervision of course, you can apparently take on the youthful look of a vampire.  Nothing says anti-ageing quite like the undead.

At least these facials are using real blood, unlike the sparkle-in-the-sun vegan ‘vampires’ of the Twilight world.  (So that explains R-Patz?)

Meanwhile, as prophesised, many continue to await the birth of Kim and Kanye’s child.  If the vampire facials indicate anything, the baby will be called Blade.

This has others wondering though, if it’s vampire facials today, what famous monster will be the next “in thing” when it comes to celebrity beauty techniques?

Maybe it’s not a Creature from the Black Lagoon day spa, but some crazy suggestions are floating out there…