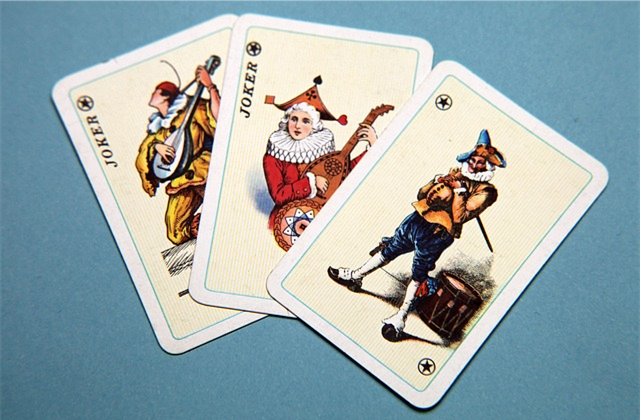 From messianic rocker to trout pouting duck-faced selfie taker, Jared Leto’s transformation into the Joker for Suicide Squad hasn’t exactly been outside of the limelight. Now, it appears the journey to whatever side it is, is now complete.

You’ll get to see it soon enough. Don’t be so predictable.

Few people doubt Leto’s acting chops. Yet his more notable roles have tended to focus on him being the androgynous pretty boy, or going that step farther as was the case in Dallas Buyers Club.

The running commentary from both Leto and others regarding his role as the Joker has filled in the gaps along the way. His comments about aiming to put on some muscle for the Suicide Squad movie, given his shirtless pose, tend to make sense. In a wiry and lithe sort of way. Looking at the photo though, where exactly the “majestic” nature of the Joker is to be found may have to wait for his performance.

Which is kind of the point.

Following on from Heath Ledger’s rendition of the Joker in The Dark Knight, Leto has some pretty big (clown) shoes to fill. However, at the time Ledger was cast, he was certainly met with AFS (Angry Fan Syndrome). Looking at Ledger in costume gave little indication as to how great his acting and portrayal of the Clown Prince of Crime was truly going to be.

Though most may not mention it, Heath Ledger’s passing has probably added its fair share of weight and reverence to role as well. (Just ask those still managing the interests in Tupac.)

Jack Nicholson’s take on the role in Batman (1989) was regarded as near definitive for a very long while. Many also highly praised Mark Hamill’s voicing (and laughs) of the animated Joker. Which is to suggest that the character of the Joker is not without his variations. Spanning from comical to criminally insane to more of a force of nature, and not being above wearing lipstick along the way.

So far, it at least looks like it’s going to be another unique take on the character. If arguably too self-referential, if the tattoos are anything to go by. Although until Jared Leto’s Joker is seen in action, maybe the makeup and costuming simply does not tell enough of the story.

In meantime, however, speculation and commentary is too much fun and is going to be an unstoppable force. The Joker tends to favour gas attacks, but looking at Jared Leto’s photo, it appears there’s something in the water. And it’s not fluoride. So answer in a way which brings the biggest smile to your face…