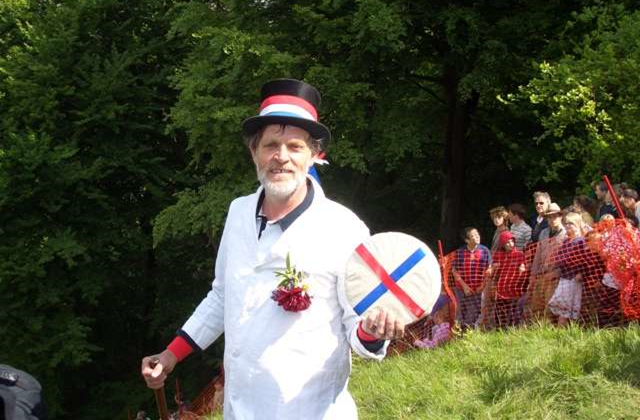 The following has been fictionalised to protect the innocent. Because they could be watching.

It began simply enough, with a trip to the local supermarket.

“Aisle eight,” replied the employee with characteristic indifference. It was probably the umpteenth time they’d been asked and answered it.

Aisle eight, replete with refrigerated sections of cheese, but not much selection of cheese.

The shop assistant barely looked up, and motioned to the nearby packets of cheese.

As though a tyre that had been punctured, the assistant sighed and slowly began to deflate.

“Have you tried the deli.”

Statement, not a question. Brilliant.

Now at the deli, complete with numbered ticket sorted.

“I’m after a cheese I can roll down a hill.”

Whether mentally or actually, the person behind the counter began to press a giant red warning button.

“Um, we don’t sell that here. You, um, might want to try a proper cheese shop. Or something.”

After an exit as uneasy as a night on the curry, and much searching, a dedicated cheese shop was finally found.

“Welcome to the cheese shop. How can I help you?”

“I’m after a cheese I can roll down a hill.”

“So a harder cheese, in wheel form then?”

It was unclear exactly how many other customers had been in the cheese shop at the time. But now it seemed suddenly and eerily empty. Like the reading of a will without an inheritance to give.

With eyelids closing to a scrutinising squint, behind which eyeballs glanced furtively side to side, the store owner moved for the door. Shut and locked it. A sign was spun around indicating the shop was closed.

“Me. I just want to buy some cheese-”

Silence seemed the best reply under the circumstances.

“You don’t know, do you? About the Cheese Cultists?”

“Quiet you fool! The cheese has ears. The Cheddarti are everywhere. They could be watching even now…”

“So I think I probably should be going.”

This was obviously the other side of pressing a mental panic button. No sudden movements. No eye contact. Just slowly edge towards the door.

“The Cheddarti are an ancient order of Cheese Cultists. They worship and control the Cheese Wheel.”

“Why do you think the Americans put men on the moon?”

“That’s what the Cheddarti wanted everyone to think! The moon is really made of green cheese.”

“Is it? Really? Where do you think sage derby comes from? It’s not from cows. But first, you must travel to Gloucestershire in England. Only then will you begin understand. Maybe there, you’ll find evidence of the Cheddarti.”

Somehow, the details are scant, an escape was made from that near nameless cheese shop and way was found to this place of rolling hills and rolling cheese, Gloucestershire, England.

The nagging thoughts of a supposed Cheese Cult weighed upon the journey. Conspiracy theories offered to fill in every blank.

And here we were, atop a hill. Cooper’s Hill in particular, in the English countryside.

A cast of characters lined up, to apparently chase a cheese wheel rolled down Cooper’s Hill. That grassy knoll, which was far steeper than the word may have suggested.

“So, we’re finally going to chase the cheese wheel down a hill?” It was small talk.

“Oh no, it’s not really a cheese wheel. It’s actually a foam block representing a cheese wheel. The powers that be kind of don’t like us chasing cheese anymore. Think someone might get hurt or something. The law, that sort of stuff, you? No-one is actually doing this. It’s all completely unofficial. Never happened, if anyone asks.”

Could it be, the cheese shop owner was somehow right about the Cheddarti? No time to think on the matter though:

Bruised and battered. Sore from laughing, the would-be cheese wheel seemingly impossible to catch. Yet there was a knowing look from those at the bottom of that hill.

“The Cheddarti, they’re real, aren’t they?”

“Yeah, but go figure that one out.”

“It doesn’t really seem to make a lot of sense.”

“Sure, there’s some thrush in the bushes.”

“But there are other birds here in the English countryside as well, so?”

“The Cheese Cult is said to control all elements of society. From the cheese wheel we can’t legally chase anymore, to the trends we follow, to the foods we eat. Even lactose intolerance is rumoured to have been engineered by the ancient order of the Cheddarti.”

“But how can we tell if someone is one of them?”

“At best, we can pick a celebrity and ask a lot of people what type of cheese this celebrity would be. Our theory is, if we can get enough answers, if the celebrity is truly one of the Cheddarti, the crowd will somehow know.”

“Is the crowd ever wrong?”

“When has a crowd ever been wrong about a conspiracy theory?”

“I think my ankle hurts.”

“You may have sprained it. Here wrap it in this.”

“Is that a bandage or melted mozzarella…”

“Reckon the crowd will answer the question?”