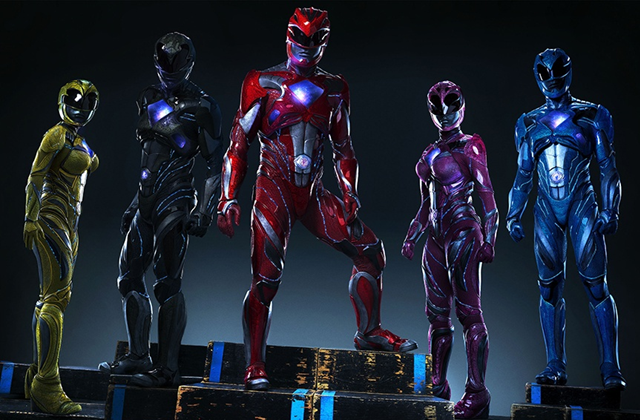 Bryan Cranston is the voice of Zordon in the upcoming Power Rangers (2017) movie. And with sufficient motion capture and CGI, he’ll also be the face of Zordon, floating on the screen in the command centre and giving orders to the Power Rangers.

It may seem strange that actor Bryan Cranston, who’s most widely known for his critically acclaimed performance as Walter White on Breaking Bad, is now apparently doing an adults’ nostalgia movie for children.

As though after the incredible success of Breaking Bad it was only going to be downhill, so he may as well play the role of Zordon for laughs and a few dollars in the bank.

However, what may not be known, is that the nostalgia factor runs a little deeper for Cranston.

Before making it bigger, Cranston was a voice actor for some rather forgettable villains on the original Mighty Morphin Power Rangers television show back in the 1990s.

While Cranston regarded the original show often as a combination of weird and silly farces (after all it did involve plastic toys and fireworks for special effects), him talking to director Dean Israelite and reading of the rebooted Power Rangers movie script changed his mind.

Speaking to ET, Cranston said of Zordon that he’s “a real person who is trapped in this etherworld” and adding that: “He still has a heart and mind, but an agenda that he’s got to get these five Power Rangers to defend the earth or else everyone they know will be killed.”

Subsequently reported by The Huffington Post, Cranston likened the relationship between the television series and the rebooted Power Rangers movie as doing what Christopher Nolan’s Batman film trilogy did tonally with the known characters, saying:

“You can’t compare those two, and nor can you compare this movie version of the Power Rangers to that television series.”

“So the appropriateness of that, and real teenage life, and going through high school and the cliques and the popularity or lack thereof, and the bullies and all the different sections and sub-sections of high school life and the insecurities of these kids and things like that – hopes and dreams – and you embrace all of that into a retelling of the Power Rangers.”

If he sounds convincing, remember he is an acclaimed actor by profession. So at least give him that.

Taking Power Rangers to a darker place tends to have its risks, especially when it’s also said to involve teenagers. It could have all the darkness and teen angst of the Twilight movies, except that as Power Rangers in costume there’d be a legitimate reason for the main characters to look like plastic and sparkle in the sun.

Balancing the franchise between new viewers, likely children and teenagers, and those older adults who carry childhood memories of past Power Rangers series may not be easy. And as characters, likening any of the Power Rangers to Batman might require higher dosages than the usual suspension of disbelief. As may any likeness to the claimed The Dark Knight (2008) level of reimagining for the new Power Rangers (2017) movie.

But Cranston has been in both Malcolm in the Middle and Breaking Bad. Both very different shows, with Cranston portraying the very different Hal and Walter characters in them respectively. So maybe he’ll make Zordon and the new Power Rangers movie work as well.