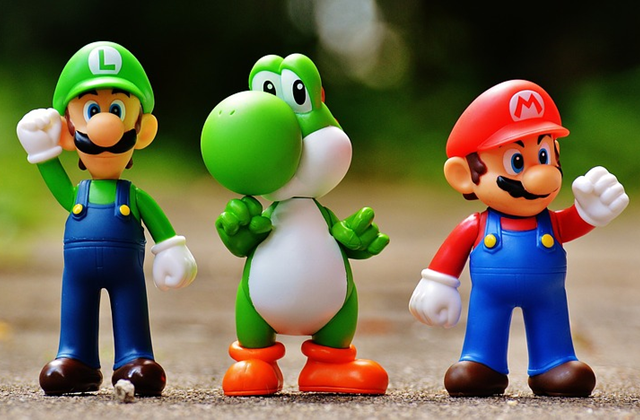 The Nintendo Switch is officially revealed as the previously codenamed Nintendo NX console.

Nintendo’s newest console is due for a March 2017 release.

As had been rumoured, the Nintendo Switch is something of a hybrid portable handheld device, which via the dock is also designed to connect to the television like a more traditional video game console.

The dock is not the Nintendo Switch console, rather the dock is intended to make it near seamless to transition between playing on the big screen of the TV to the portable mode for the handheld console. It’s also used for charging the Switch console, which holds the LCD screen.

Nintendo are yet to announce whether it will be a touchscreen.

However, the company has confirmed that amiibos will work with the new Nintendo Switch and its games.

Confirming a long-suspected feature of the new console, the Nintendo Switch will also utilise cartridges for physical games.

Two controllers which Nintendo calls Joy-Cons, left and right, can be used as detachable individual controllers for the home, or slotted into a single controller shell, as well as being attached to the Switch console itself for portable play.

As each console has its own screen, multiple Nintendo Switches may be used for local multiplayer gaming.

The Switch is powered by an NVIDIA custom Tegra processor, which includes custom software, advanced game tools and libraries, APIs, and a revamped physics engine.

Games thus far confirmed for the Nintendo Switch include:

Now that the initial reveal has been made by Nintendo, opinions are bound to be unleashed.

Not in the least, because its forays into mobile gaming such as Pokémon GO hint that there’s ample scope for innovation and new ways of doing old things.

Is the Nintendo Switch better positioned than the Wii U? Which amongst other things, was also perceived as confused branding by many consumers, mistaking it for a Wii controller accessory.

Can the Switch help to recapture the magic and market share of the original Wii for Nintendo, or is it merely another gimmick in a portable video game device market increasing being supplanted by smartphones?

Does the Switch’s portable nature leave it underpowered compared to the homebound video game consoles of Microsoft and Sony, and will people leap to Nintendo’s defence claiming it’s not about the power and all about the gameplay?