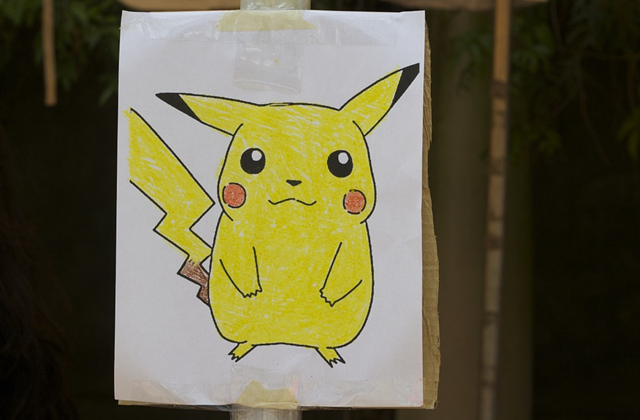 How to Start with Pikachu in Pokémon GO

Pokémon Go is being praised for many things.

Apart from the game itself, it’s also encouraging people to go outside and walk around, actively searching for Pokémon in the augmented reality (AR) experience of Pokémon GO. Indoors and outdoors, video games and physical activity, are all somehow coming together nicely.

The official release of Pokémon Go has also been thanked for the near 9 percent jump in Nintendo’s (TYO: 7974) share price on Friday, 8 July 2016. If only cause and effect were so easily established in the real world where it’s not like the simple but random matter of evolving an Eevee, but that’s beside the point.

At hand is a fourth choice.

And that starting Pokémon is none other than Pikachu himself.

(Assuming Pikachu is a male. The issue of an individual Pokémon versus collective Pokémon gets a bit muddled, and probably best ignored. Technically Pikachu are evenly split in terms of being either male or female, check their tails to maybe tell the difference. Feel free to say aloud “pika” and/or “chu” to acknowledge this.)

In the Pokémon GO app (which is free to download from the App Store and Google Play), the ordinary three starting Pokémon are: Bulbasaur, Charmander, and Squirtle.

They appear for selection shortly after creating your character.

However, if none of these sends sparks flying for you, simply to refuse to catch any of them at least four times overall.

Do this, and then Pikachu will appear.

Catch the little yellow Electric-type Mouse Category Pokémon, and Pikachu will be your starting Pokémon for the adventures and battles ahead in Pokémon GO.