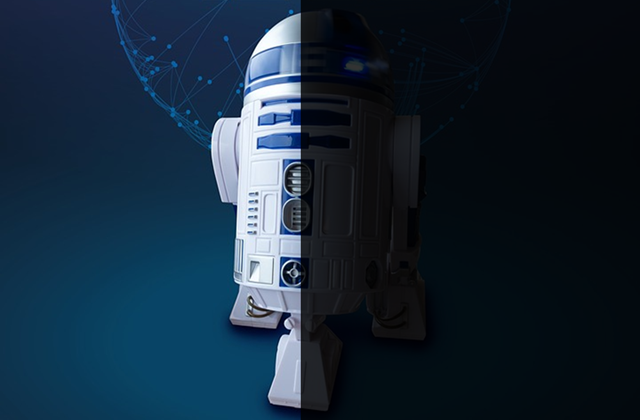 The Empire now has its own version of R2-D2. The droid, called C2-B5, will be seen in the new Star Wars anthology film Rogue One: A Star Wars Story, which set for a mid-December 2016 release.

Officially unveiled by Lucasfilm, C2-B5 (aka “the evil R2-D2”) naturally has a paintjob worthy of the Dark Side.

As revealed on The Star Wars Show, Imperial astromech droid C2-B5 from Rogue One. pic.twitter.com/XCywIn2fAK

More official news of all things Rogue One and beyond is covered in The Star Wars Show:

Since things are going rogue amidst an anthology of interest, whether Dark or Light Side one Star Wars droid sidekick deserves another: