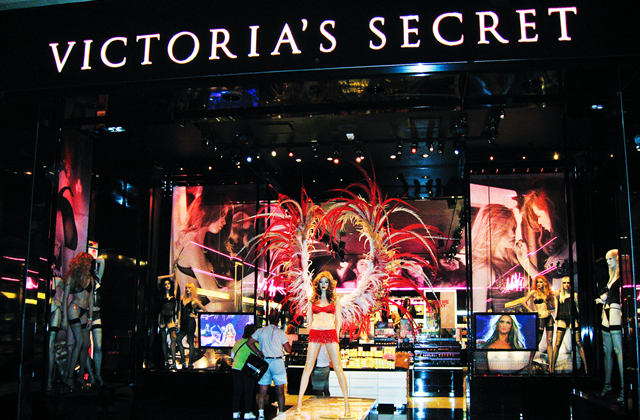 Miranda Kerr to Return as a Victoria’s Secret Angel?

Despite the talks of it all being over back in 2013, it seems at least one pairing with Miranda Kerr is on mend.

Miranda Kerr and Victoria’s Secret have apparently kissed and made up.

All that’s left now is for Miranda to sign a deal reportedly worth $3.8 million with VS, then get back to strutting her stuff on the catwalk.

Complete with the wings of a Victoria’s Secret Angel.

It’ll likely be bring your own dimples, but Miranda Kerr has that more than covered. Or uncovered.

And whether it’s about dimples or something else, almost everyone seems to have their favourite VS Angel, including fantasies about more than just Fantasy Bras.

If the reports of a VS insider talking to The FIX are correct, then:

“Miranda and VS are talking about her designing a capsule collection with a portion of the proceeds going to one of her charities and her being the surprise Angel to take the runway when the show returns to NYC.”

In which case, if the negotiations go as planned, then November shall see the return of the Australian model to the 2015 Victoria’s Secret show.

Along with 10 new VS Angels added to the halo. Who are expected to be worth their weight in gold to the lingerie brand.

To help pass the time between now and waiting for November, answer some uthinki questions to consider the opinion of others. Below is a good place to start: