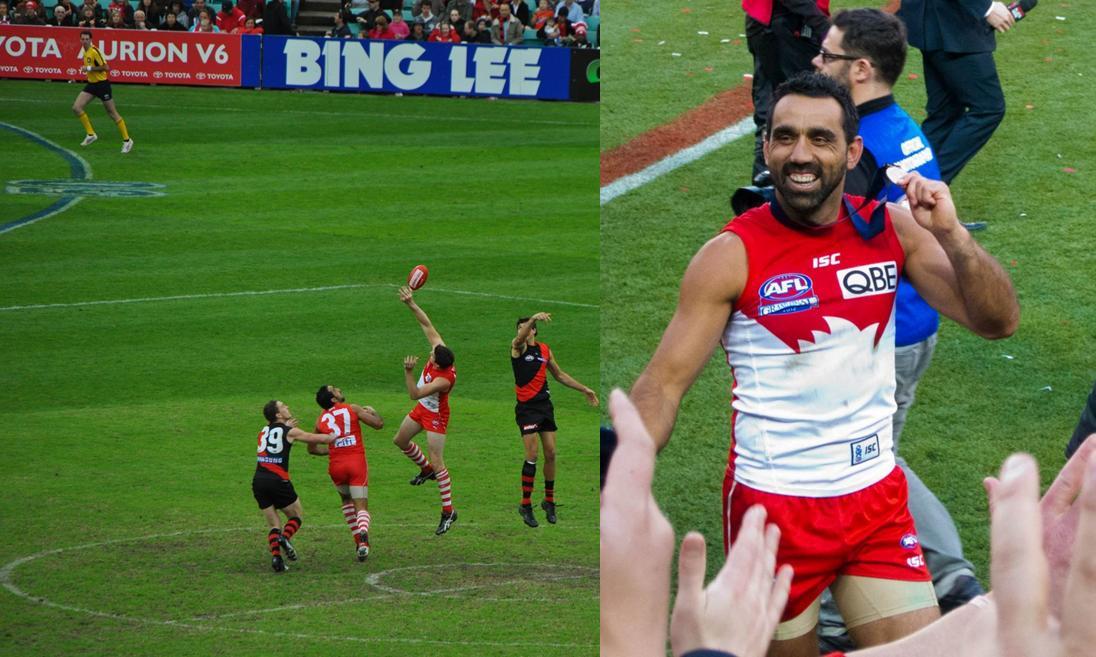 Is Calling Someone an “Ape” Racist?

The Australian Football League (AFL) Sydney Swans player Adam Goodes, stopped midgame at the MCG to point out the 13-year-old girl (apparently a Collingwood supporter) after she called him an “ape”.  Security staff subsequently escorted her from the grounds.

Goodes, is both a dual Brownlow medallist and is considered one of the AFL’s most decorated indigenous players.

“To hear a 13-year-old girl call me an ape … it was shattering,” Goodes said.  Amidst the rest of his statement he also said that girl needed support and education.  Adding that:   “I’ve got no doubt in my mind she’s got no idea what she was calling me last night.”

The girl had later called Adam Goodes to apologise.

In an interview, she also said:  “I didn’t mean it in a racist way and I’m sorry to the club and the AFL.”

This raises the question, that whilst the “ape” comment may well have been intended as derogatory, was it necessarily racist?  Context obviously matters.  Yet had the comment been made to a non-indigenous player, would it have been considered a racial slur or racial vilification at all?

For a person to ape someone is to say that they are imitating someone in every way.  Yet this is unlikely to be interpreted as a racist remark.

Similarly, to refer to a redhead as a “ranga” is not an uncommon slang phrase.  It truncates and alters the word “orang-utan” – a type of ape – and yet it is not taken as racist.  It may either be derogatory or a term of endearment, subject to the context.  Though it’s seldom, if ever, viewed as racist.

Others may be called a “gorilla” or even “Kong” and this is usually done as a mark of physicality and strength.  It may be derogatory or not.  Again an ape, yet it need not be explicitly racist.  (Likewise with the phrase “monkey” which may be linked with agility and climbing ability.)

That is not to suggest that non-Caucasians haven’t suffered in the past due to the misguided and racist views of Caucasians.  Far from it.  Stephen Jay Gould’s book The Mismeasure of Man, is replete with such examples.

In the 18th and early 19th century evolutionary scientists in Europe (and of European descent) believed that Tasmanian Aborigines were the ‘missing’ link between apes and humans.  They were very wrong.

People are often likened to animals in some way.  Taking it as part of a description, whether as an act of imagery or stating some supposed quality.  It may or may not be meant with a negative connotation.

She had a flabby face with jowls like a pig.

What then, of say, someone calling a person from France a “frog” is that racist?

Yet has the very recent “ape” comment in Australia been blown out of proportions and context?  Is it that people ‘want’ to believe it was a racist comment?  Should no-one ever be referred to in some way as an animal, whether simile or metaphor, ever again for fear it may be construed as always being a racial slur?