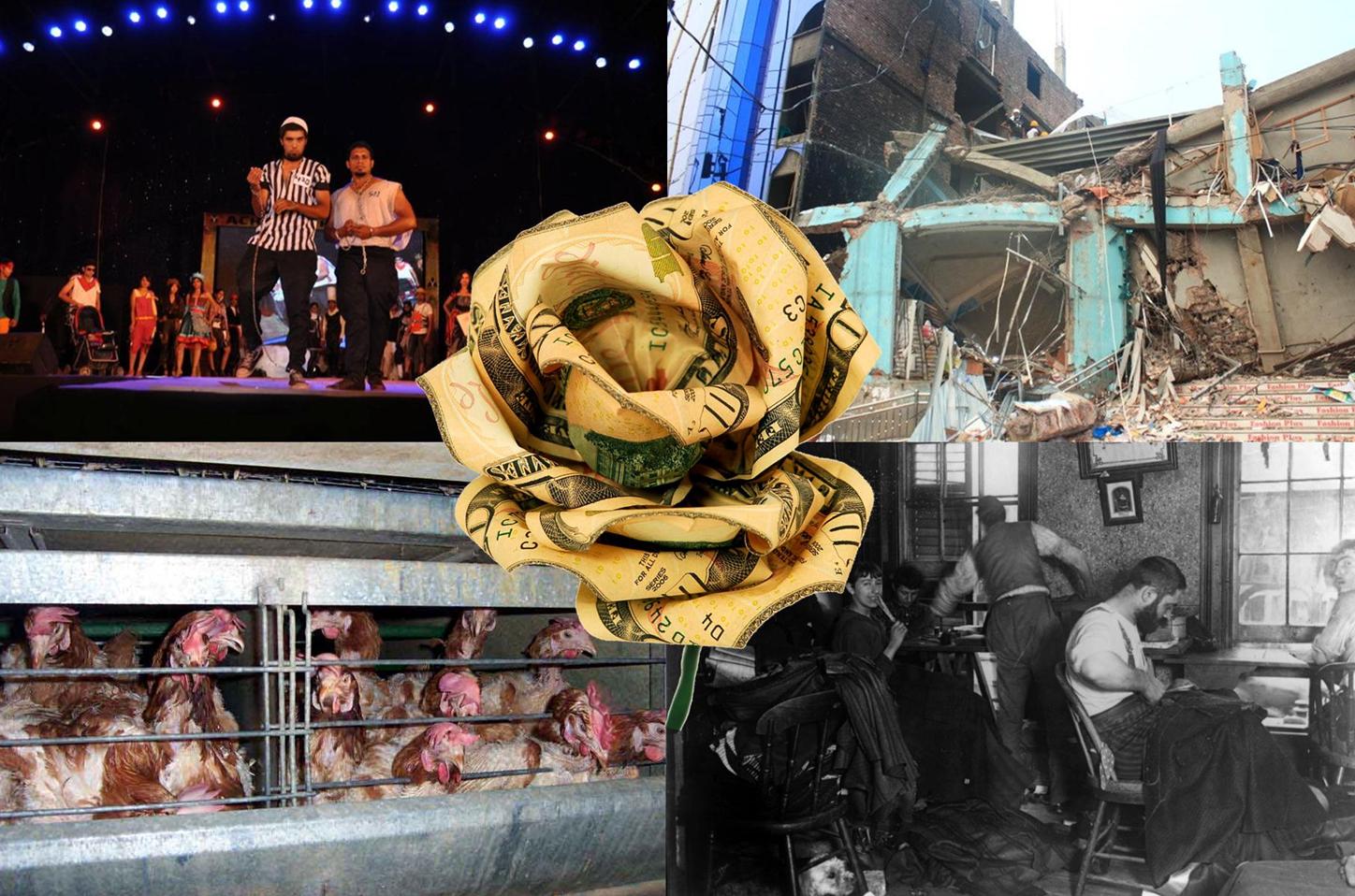 The notion of ethical treatment for workers, and for farm animals, is an admirable one.  Yet to many, it often seems but a lofty idea, rather removed from their direct experience.  Most only see the final product.  The mobile phone.  The item of clothing.  The prepared cut of meat.  For most, that’s all they want to see and think about.  Along with an often desired cheap price.

Some moves have been made to change this.  To increase awareness.  Examples include the Rainforest Alliance Certified products such as coffee; and farms that have introduced the sale of produce such as free range chickens and eggs.  Apple was heavily criticised in 2012 over the working conditions in its Chinese factories; some claim these are still sweatshops.  The company recently issued an unrelated apology signed by Apple’s CEO Tim Cook over its repair policies for Chinese consumers.

Again bringing the issue to the fore, was the recent collapse and fire of the factory building near Dhaka, in Bangladesh.  Reported to have killed at least 381 people, and trapped thousands of others in the rubble.  Some of whom had to have their limbs amputated in order to free them.  This has again raised concerns over worker safety, terrible working conditions, and exploitative business practices in the fashion industry.

Now such things are once again visible, people do see and think about them.  For now.  They call for change.  For now.  Yet economics, prices, and profits remain a consideration.

Are people all talk on this matter, or will they really vote with their money?