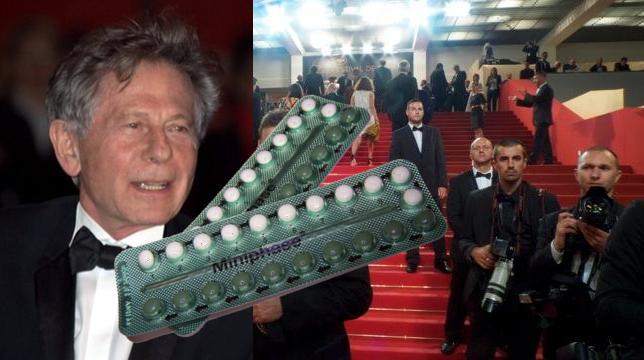 The Cannes Film Festival, a scene of glitz and glamour.  Another place for the stars to shine, and also a place for some of the less mainstream, outside of Hollywood, films to maybe do the same.

Amongst those was director Roman Polanski, there to premiere his latest film, Venus in Fur.  The film stars Polanski’s wife, Emmanuelle Seigner, and Mathieu Amalric.  Adapted from the play by David Ives, it tells the story of an actress and theatre director rehearsing Leopold von Sacher-Masoch’s 1870 novella Venus in Furs.  Examining the roles of gender, as the actress overshadows the director.

Not that Roman Polanski is any stranger to controversy, his 1979 conviction of having sex with a minor, saw him flee the United States to avoid further legal issues.  (Maybe playing out vaguely somewhat like Lolita.)  Polanski has again courted controversy with his comments at the Cannes Film Festival in 2013.

Whether in part talking up his own film, or just expressing his own views, he has stated that the contraceptive pill has “changed the place of women in our times”.  Taken alone, this is a rather open aphorism; which whether feminist, anti-feminist, or otherwise, could be interpreted as desired.  Rather, it was Polanski’s additional comments such as that the pill has had a “masculinising” effect on women that has caused a stir.

Is the choice of contraceptive, whether by male or female, truly something that is bad or a masking of gender identity?  Should we be more careful with our words and opinions?   Do they need to be deconstructed in ways such that some interpret “masculinising” and “power” as linked?