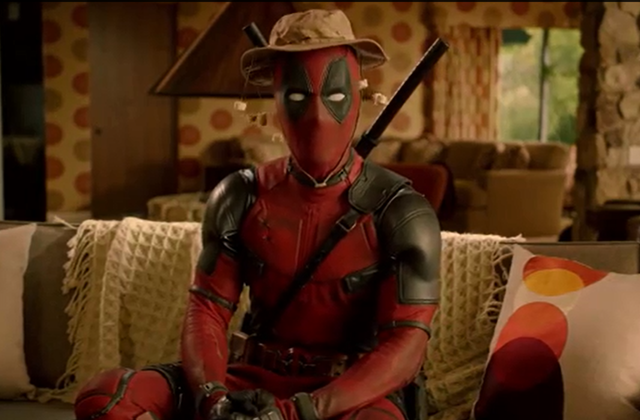 In an attempt at the fourth wall breaking characteristic of the Deadpool character, actor Ryan Reynolds has delivered a special Australia Day message to promote the release of the forthcoming Deadpool movie.

“Seriously, I’d fit right in with your proud nation with its shady criminal past, and it’s predilection for black-out drinking and unrelenting condescension towards New Zealand,” says Deadpool.

However, Deadpool has one problem, and that’s Australia giving the world X-Men Origins: Wolverine (2009).

Because it’s Deadpool, be warned, there is profanity in the video below:

Whether the Deadpool (2016) movie actually delivers, fans will find out when the film premieres 11 February.

Who knows, it could be a second career low for the antihero…

While it may be intended as a reboot, there has already been the equivalent of Barakapool minus the mouth, and 20th Century Fox Films also gave the world the Fantastic Four (2015) film, a steaming pile of rubble not even the Thing could’ve left in the toilet.

Despite the apparent attempt at the Australian accent, the almost bobbleheaded Deadpool in the video makes Canadian actor Ryan Reynolds look every bit like a South Park inspired parody of Canadians.

As likely intended, it is Fox after all, Deadpool’s Australia Day message may gather controversy.

In which case, it won’t be alone.

Meat and Livestock Australia’s Australia Day 2016 ad managed to uncomfortably pull at the short and curly fleece of some, with its promoting eating lamb and deriding vegans.

Keeping with the Deadpool video’s theme of Australia’s unrelenting condescension towards New Zealand:

Australian’s love their lamb so much they eat it. New Zealanders, however, use their sheep to stop criminals.

There’s more than one way to love mutton.

Argue it down below. Make that under.