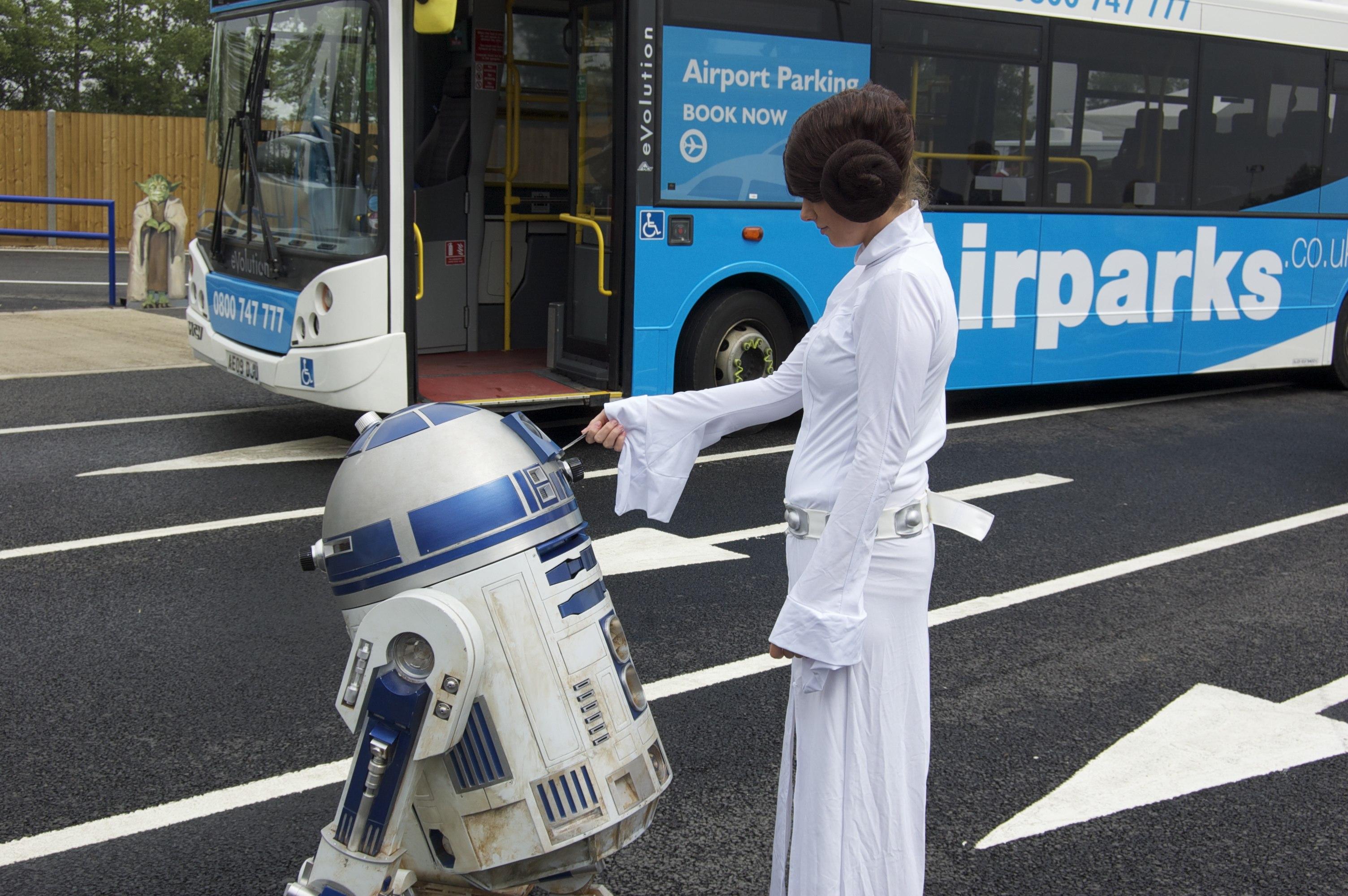 Scrolling Star Wars text starts here.  Sure John Williamson will do the musical score for it.

Star Wars, it’s the cultural phenomenon that has launched such things as:

Moves to make Jedi an official religion in censuses worldwide

The metal bikini, as comfortable as it is sexy.

Generations of folks that have tried to use the Force to do everything from opening their doors in the morning to choking someone with a closing hand gesture from afar.

It hasn’t all been good though.  There is a dark side to it.  Beyond Caravan of Courage (it wasn’t ‘that’ bad), beyond the whole confusion with the introduction of midi-chlorians (as if mitochondria weren’t already confusing enough), and even beyond Jar Jar Binks, there have been some clangers along the way.

Including plot holes big enough to fly the Millennium Falcon though.  If the Rebels blew up the Death Star, why would the Empire start building another one?  Why?  Why indeed!  Though petitioned, even the US Government didn’t think it was a good idea.  Could that be saying something?

Maybe if the crowdfunded Kickstarter project to build the Death Star gets going again, they will revise the design slightly.  You know, something simple, like a grate on the vent, may do the trick.  Although “open source” doesn’t exactly suggest closed.  And the Rebels have already attempted their own crowdfunding for a squadron of X-wings.

In other clangers, there’s the droning didactic if-then nature of the so-called dialogue in Attack of the Clones.  As though everything was written to suppress any semblance of emotional weight.

“But if this conversation lasts more than two lines, it may not feel like the entire script was cut and pasted together.”

“No, whatever your name is, it cannot last more than two lines.  If it did it may unbalance the Force.”

Now repeat that for over two hours…  Longest.  Star Wars movie.  Ever.

Not that it’s about supporting either side here.  Unless…  It’s a trap!  Or a Jedi mind trick.

With that all cleared up, probably should try with a question here on uthinki.  There is no try, only do.  Accordingly, since May the 4th is strong in this website, something is being asked that is the most pressing question about Star Wars yet.  Something that for 36 years ever since Episode IV: A New Hope hit cinemas has been on the minds of fans.  Something, which may be causing a disturbance in the Force.

“May the Crowd be with you.”