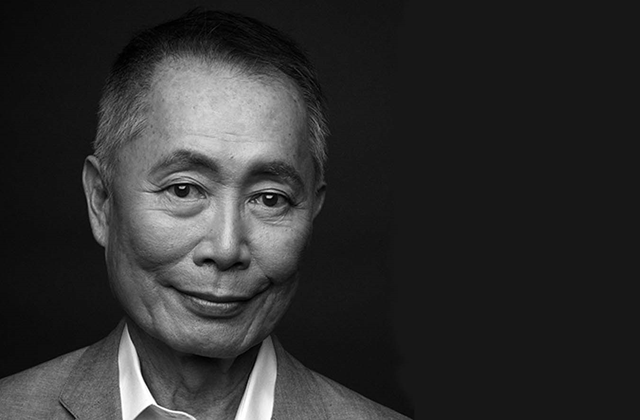 The third movie in the rebooted Star Trek franchise has had another reveal. Star Trek Beyond has the character Hikaru Sulu in a same-sex relationship, and the couple have a daughter together.

This makes Sulu the first openly LGBT (or LGBTQIA) character in the series.

It was done as a nod, or an homage, to George Takei, who played Sulu in the original Star Trek television series which debuted on NBC in September 1966 in the USA. George Takei come out publicly as openly gay in 2005, and was aware that the character Sulu would be depicted as gay in Star Trek Beyond in 2016.

From there, it gets a little more complicated.

Actor John Cho, who plays Sulu in the rebooted movies, has indicated the direction of the character in the new film is not a major plot point.

“I liked the approach, which was not to make a big thing out [of] it, which is where I hope we are going as a species, to not politicise one’s personal orientations.”

For George Takei, however, it’s not quite that simple.

In an interview with The Hollywood Reporter, Takei said:

“I’m delighted that there’s a gay character. Unfortunately, it’s a twisting of Gene’s creation, to which he put in so much thought. I think it’s really unfortunate.”

There are apparently issues of preserving the original character and the source material, which can often be a point of contention for long-term fans of any series (particularly if it gets the Hollywood movie treatment), although the new Star Trek movies do occur in the alternative universe of The Kelvin Timeline.

For Takei though, it may also cut a little deeper than fandom or loyalty to Roddenberry’s creation. In that in a way, he is still being typecast. He is the person George Takei, an actor who played the character Hikaru Sulu. The Star Trek character Sulu is obviously intertwined with actor Takei’s long-running portrayal, but the two are not the same.

However well-meaning including the newly gay Sulu may have been, it has raised issues of tokenism and shoehorning in apparent stereotypes in order to misguidedly tick boxes in the name of inclusion, instead of in the sense of advancing the story and the Star Trek universe.

The new Star Trek movies are yet to boldly go anywhere, and tend to rely more on the past with telegraphed winks to the audience. (Playing out at times somewhat like the 1999 sci-fi comedy Galaxy Quest, except these new rebooted Star Trek movies take themselves seriously.)

Which might ultimately say more about attitudes in society, where things are accepted (perhaps as cultural norms) as opposed to points of contention.

Cho’s statement about not making a big thing out of Sulu’s (or any other character’s) sexuality in Star Trek Beyond, is likely a better approach when combined with Takei’s preference to remain true to Roddenberry’s vision for the existing characters in addition to creating new and meaningful characters.

Especially within fictional universes like in Star Trek (or Star Wars), where alien races are often depicted as somewhat physically and culturally different. Sometimes to the point of caricature. Engaging in the deconstruction of it all purely to not exclude and claim representation, seems very much a detached and unwinnable approach.

Passing the torch on any major science fiction franchise cannot be easy.

Though admittedly fictional, and the product of human imagination, the inhabitants of such infinite universes – and their cultural and personal preferences – would surely extend far beyond the anthropomorphised depictions. Even if there is something to be said about interpreting them, in part, as stories about more human matters through thought provoking metaphors and allegorical content (which Star Trek has frequently done in the past), as opposed to bludgeoning viewers with the obvious.

Where Star Trek has broken new ground, such as featuring in 1968 the first interracial kiss on a US television show, it has typically done so in the context of the story. The actions and study of characters like Captain Kirk and Spock did this; in addition to bold for the times casting choices such as Nichelle Nichols (as Uhura) and George Takei (as Sulu).

Although underplayed (excluding the not in-universe commentary elsewhere), doing a retcon on Sulu in Star Trek Beyond may not have been as meaningful as perhaps simply mentioning in the movie something like “the Takei Treaty for Human Rights” which the peoples of Earth agreed to as civilisation progressed.