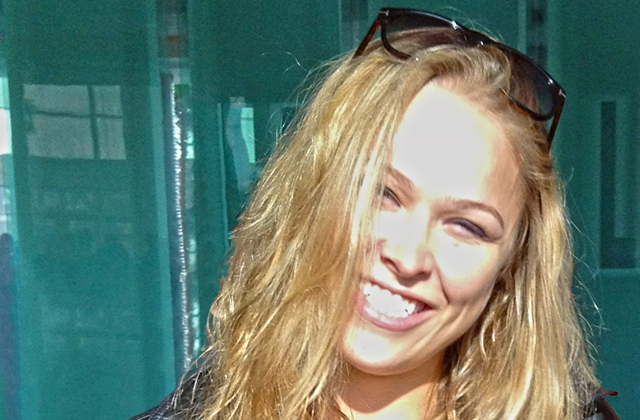 In what may be proof that 1980s is still the go-to decade for Hollywood mining reboot movie gold, Ronda Rousey is tipped to star in the remake of Road House (1989).

The original film starred the late Patrick Swayze, whose character James Dalton was brought in as a cooler to clean up a rough bar in Missouri, cleaning up the town in the process.

Although not necessary a huge movie at the time, it has gone on to enjoy somewhat of a cult status.

Such is the power of the decade that was the eighties.

As for Ronda Rousey, an MMA fighter, filling Mr Swayze’s shoes, she was in Furious 7. (Much like fellow MMA fighter, Gina Carano, was in Fast & Furious 6.)

Ronda Rousey has been doing a bit of fan lobbying on social media to land the superhero movie acting role of Captain Marvel.

She is also set to star as herself in the biopic My Fight / Your Fight, based upon her autobiographical book of the same name.

Few doubt her fighting ability (undefeated with 12 wins in the UFC), but whether she has the star power and acting skills for the leading role in a movie is an unknown. Or at least it’s considered a less than perfect record based on what has been seen so far.

There’s also the question of whether the movie-going world needs yet another reboot.

Is it that difficult to dream up a new story about a rough and rowdy bar, a female bouncer, and a corrupt business person?

With the Road House reboot starring Ronda Rousey looking set to begin production next year, that leaves enough time to answer the uthinki question below. It can probably even be defeated in under 34 seconds.