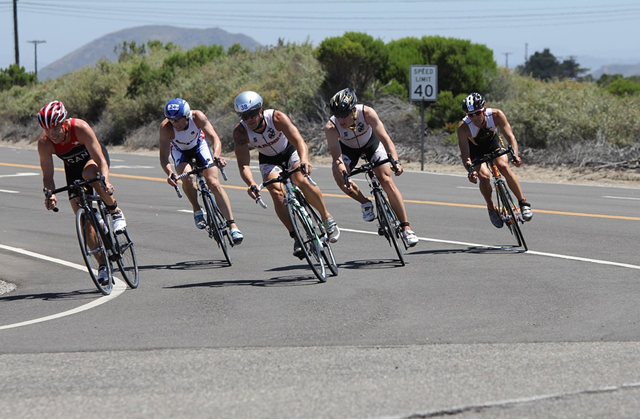 As of 1 March 2016 adult bicycle riders in the state of New South Wales, Australia, will be required by law to carry photo identification with them.

It will not be a requirement that minors, those under the age of 18 years, will also have to carry photo ID with them if riding a bike.

For bicyclists’ not carrying photo identification, it’s anticipated that warnings will be in place initially for one year, with $106 fines expected to be imposed from 1 March 2017.

Within the NSW legislation of the Road Rules 2014 (which are subject to be changed), the following definition within the Dictionary is given: “bicycle means a vehicle with 2 or more wheels that is built to be propelled by human power through a belt, chain or gears (whether or not it has an auxiliary motor)”.

Which rules out arguing the legality of an adult not carrying photo identification if they had fitted at least one training wheel to their bicycle.

However, under the legislation within the Dictionary, a bicycle does not constitute a “wheeled recreational device” or a “wheeled toy”.

Thus it appears quite defensible for an adult riding a unicycle on the road to argue that they are not legally required to carry photo identification with them, because clearly a unicycle is not defined as a bicycle.

Under the definition of a road within the legislation, it could likely be validly argued that photo identification is not required by adult bicyclists where they are riding bikes in areas technically not defined as a road or part of the road. Which, subject to interpretation, includes “any shoulder of the road” including the kerb, “but does not include a bicycle path, footpath or shared path”.

Thus it appears adults may still ride their bikes without photo identification in areas such as beaches, bushlands and parks, provided they are not roads; and may consider their defence where riding on the kerb or outside an edge line of the road, subject to the interpretation of intention.

Yet laws and legislation are prone to change, hence it’s best to be apprised of the specifics at the time.

If all this seems rather tortuous, undoubtedly it is.

While the new law shall be effective from 1 March 2016, requiring bicycle riders aged 18 years and over to carry the required photo identification, there is to be a 12 months grace period to allow bike riders to adjust to the new law.

As of 1 March 2017, riders “could face a $106 fine if they do not have the required photo ID” if stopped by NSW police for breaking the road rules.

Interestingly, the wording on the Transport for NSW webpage regarding the new bicycle road rules states: “NSW Police will also be able to ask for identification if they believe a bicycle rider has broken the road rules.” Similarly there’s the “could face a $106 fine”.

Suggesting that there may be an element of police discretion and judgement to be applied by the law enforcement officers regarding the matter, given the usage of words such as “believe” and “could” as opposed to mandatory requirements and using the words “will” or “shall”.

Although the NSW State Government is claiming that carrying photo identification will help to identify riders in the case of an emergency, on such safety grounds, carrying photo ID will almost always help to identify someone in the case of an emergency. Hence the truism is not the most compelling of arguments as far as a precaution towards, and prevention of, accidents are concerned.

If it is not a requirement currently to carry photo ID for recreational activities such as walking or swimming, then why should it apply to bicycle riding?

By definition, passengers and pedestrians are also road users, but it is not being proposed that they also are required to carry photo identification with them. Even on the basis of improving their safety in the event of an emergency.

However, in 2014, NSW Roads Minister Duncan Gay did say the he was being “increasingly persuaded” that a licensing system for cyclists on NSW roads was required to prevent rider deaths.

No doubt there are many valid reasons why someone walking or swimming may not be carrying photo identification with them, and such reasons should likely be equally valid for those riding a bicycle.

It also raises questions regarding organised sporting events which involve riding bicycles on roads in NSW.

If the law is to be applied consistently as the NSW Government claims, and for safety, then the athletes riding the bicycles must also carry their photo IDs with them.

The requirement for bicyclists to carry photo identification in NSW, Australia, quite possibly makes it the only place in the entire world to impose such a law.

Bicycle Network chief executive Craig Richards, has claimed that such laws would make NSW “the laughing stock of the world”.

With this has come the feeling of the nanny state over-legislating for revenue raising purposes, with the bicycle-related fines increasing significantly, all typically up from a base fine of $71 to the new:

Other penalties for bicycle rider offences, including riding at night without a light, are also all to increase from $71 to $106.

The NSW Government has stated that this shall be so: “Bicycle riders receive the same fines as motorists for high risk behaviour.”

Though the egalitarian and safety claims do not appear to be applied consistently, or wholly thought through.

Furthermore, while the New South Wales director of the Centre for Road Safety Transport, Bernard Carlton, said the move was considered an important safety measure, he did also say that cyclists would only be stopped and asked for identification if police suspected cyclists of breaking a rule.

While photo identification can obviously help with identification, including in the event of an emergency or otherwise, it’s specious reasoning to believe that carrying photo ID automatically makes people safer and prevents them from engaging in so-called high risk behaviour.

As such, given the apparent discretionary elements and grey areas in the laws, perhaps some education and an appeal to common sense for bicyclists (and road users in general) may be more fruitful than attempting to impose fines for not carrying photo identification?

If you’ve got an opinion on the matter, comment and answer the uthinki question below: