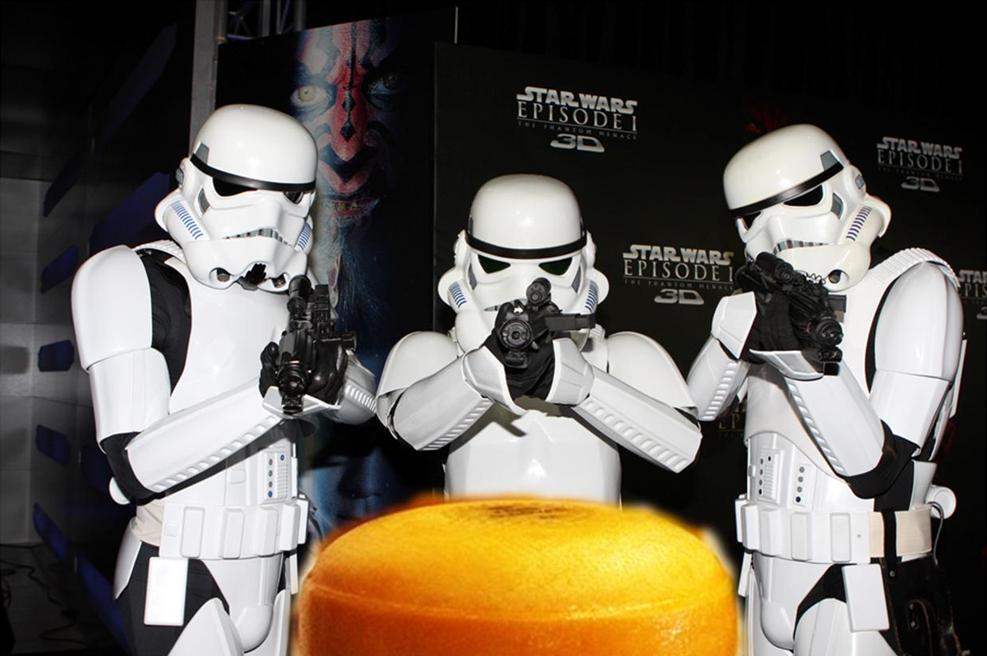 The Cheese Wheel Wheys in on Star Wars

With the approach of May the 4th almost being with us, both the Rebel Alliance and the Empire are gearing up.  Meanwhile George Lucas is sitting about as pretty Jabba the Hutt after the US$4 billion sale of Lucasfilm and the Star Wars franchise to Disney.  (That Mouse has got some money!)  It was also announced that JJ Abrams will be directing (at least) the first movie in the new sequel trilogy.  The new trilogy movies will roll out in 2015, 2017, and 2019; with another two spinoff movies filling in the yearly gaps between Star Wars: Episode VII, VIII and IX.

With not such a long time to go for this much new Star Wars, and many of the original cast rumoured to be returning how could things go wrong?

Three words may sum it up:  Jar Jar Binks.

And with JJ Abrams now directing both the new Star Trek and Star Wars movies, there could be suggestions about not “crossing the streams”.  Or the ending of Lost…

What is the world, possibly the galaxy, to do?

It turns to The Cheese Wheel for its future plans, knowing full well that George, Mickey, and JJ are also reading this.  Or at least a Robot Chicken.  The tentatively titled movies planned for an intergalactic cheese in space opera are:

Attack of the Cheese

Revenge of the Fondue

The Empire Slices Back

Return of the Cheddar

So the names are pretty terrible.  Fine.  Something to workshop in the comments below.  There are also names needed for the final trilogy.  Your silence will only implicate you further.  Plus you probably want a question to learn the crowd’s opinion on some Star Wars character as a type of cheese.

Reveal who it is, will the sentence structure?