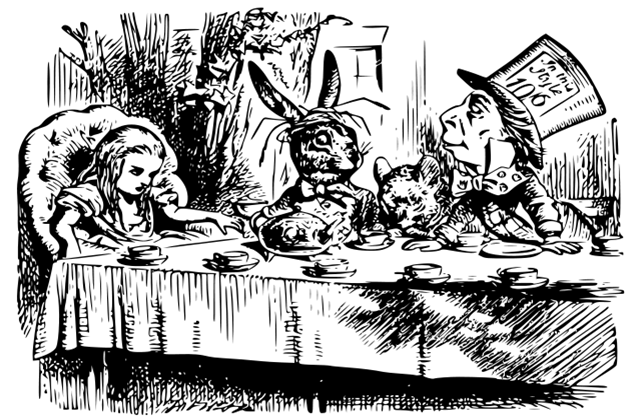 The Wisdom of March Madness?

It builds like a fever. Sweating. Excitement. Slight discomfort. The prospect of Spring. Things are thawing, heating up.

It may begin with the NCAA college basketball tournament. Where 68 teams play sudden death matches. The loser leaves hopefully a good sport; the winner progresses to the next round of elimination. Filtering through to the Sweet 16, Elite Eight and into the Final Four teams. Semi-finals, then the final match with the winner found.

Unlike the NBA tournaments where the basketball teams play the best of seven games, in the March Madness games, after the initial play-ins remove four of the lowest ranked teams, for those remaining 64 teams a single match is all that stands between climbing the ladder or being benched for the rest of the tournament. Skill and luck both have their roles to play. A minor mistake may end it all. There’s no best of seven to fall back on. Maybe no regression to the mean either.

Beware the madness of March, it’s contagious. The Ides may come and go, but eyes stay affixed. Watching. There’s a sense of risk in the air. Take a chance.

Ice hockey also finds itself gripped with a similar fever. This time it’s a cold sweat. The desire to make it has its own four. A Frozen Four here, and not just final.

The madness doesn’t stop with ice hockey though, it goes viral of sorts.

Regardless of being a sports fan or not, people around the US are finding themselves struck with the March Madness. From offices to outdoors, workers are setting up pools, seeing who can predict which one of the two teams will win in each match. Each of these two-team matches is typically referred to as a bracket.

And it seems almost everyone and anyone has an opinion about who will win in each bracket:

Top data analysts are crunching their numbers and plying their statistics to glimpse into the probabilities of future winners.

Big Data and machine learning is also being applied in algorithms to gain that elusive predictive edge.

Not to be outdone (maybe) by the geeks, traditional basketball experts are of course weighing in with their thoughts and opinions.

Well maybe that’s not everyone, but estimates fall somewhere around one-fifth of the USA’s population being afflicted with the March Madness. Including more than US$2 billion likely being risked across more than 70 million brackets in 2015. As far as office pools go, that’s some fairly serious money involved. Caution is advised as well. The usual prizes apply for correctly predicting the winner of each game and predicting the most winners overall.

As for predicting the perfect bracket – that is, predicting the winner in each and every one of the 63 games – do it, and Warren Buffett will give you US$1 billion. Nice guy.

Winning in 2015 should apparently be easier than last year as well.

Buffett actually parting with that US$1 billion however, is about one chance in 9.2 quintillion.

Which is the same chance as tossing a fair coin and getting 63 heads in a row.

Heads or tails, that just may be a job for illusionist Derren Brown.

Nate Silver though, being more of a statistician than magician, and a pretty good one as well, reckons after factoring in some games where there’s a clear favourite, current chances are more accurately about one in 7.4 billion.

Irrespective, Buffett’s billions are probably pretty safe. At least when it comes to March Madness.

Method in the Madness

Spring seems to have sprung other brackets as well. Groundhog Day may have been and gone, but these brackets which are popping up are on the lookout for both their own and everyone else’s shadows. Where the votes placed within a bracket are used to determine the outcome of that game. With the winner being that which was voted the most popular, and it survives to progress to the next round.

Self-referential as it may seem, these bracket situations are essentially asking people to base their selections on what they believe others think is the best answer. Which can be part of the beautiful competition of beauty contests. Something which you’d think is vaguely familiar around here…

An example of this bracket guessing being the:

Second Banana: The Search for the No. 1 Number Two

Wait! It’s not scatological, even if George Costanza did win. Fine. Maybe it’s a little scatological.

Either way, it was George Costanza (of Seinfeld fame, or infamy, as played by Jason Alexander) who took out the honour of being the best sidekick.

His competitor in the final round?

About time Canada almost got the respect it deserves, hey. Sort of, until it’s realised that in the competition it was killed by independent George. Time to send in the Mounties to investigate, even if they may be seen as the Aquaman of the law enforcement profession.

Continuing to swim upstream, another example is being run by Cheeky Fly Fishing. Unsurprisingly, people here are voting for fish. With the brackets based on trying to predict which fish others will vote for.

Not keen to state go fish, even those in the field of development economics are utilising a similar bracket method for impact evaluations:

An interesting thing about voting in many of these brackets, is that there’s generally no objectively correct answer. The correctness of an answer is determined by whether it achieved the most votes.

Which fish will be more popular: rainbow trout or redfish?

Reasonably there’s no objective answer to this question. A freshwater fly fisher may pick the rainbow trout; whereas the saltwater variety of fly fisher may instead prefer the redfish. The voting machine is at work here, determining the most popular answer as correct.

Based on the answers thus far in Cheeky’s competition, they tend to imply favouring the saltwater fishes. This does not mean, however, that the voters are necessarily saltwater fly fishers. (It remains to be seen whether the tarpon will be the ultimate champion in the competition.)

This lack of a clear objective answer may make it harder to vote, or guess, correctly. Numerous considerations may run through the mind:

Some of the many sub-questions which, hopefully, have answers that can be used to reason towards the correct answer to the actual question. What if indeed though. Any of these sub-questions could also lead the asker astray and toward the wrong ultimate choice, as they somehow try and read the minds of the other voters.

For all these forking paths though, in some ways they may actually make it easier to answer. Humans may anchor onto a specific feature. Maybe they’ll assume that it’s representative and relevant to the question at hand. Regardless of whether it actually is, given the voting mechanism at play, the co-ordinated beliefs and actions of the voters may make it so.

Meaning that someone, even if they’re not interested in fishing, could still potentially answer the questions correctly by understanding how the people answering the questions are thinking.

Consider, for example, traffic lights. Red means stop. Green means go. Most people (hopefully) know and accept this. They also know, however, that it’s not the colour green which causes them to go any more than it is the colour red which causes them to stop. Rather it’s the creation of a system of rules that others collectively follow, and it’s reasonable for an individual person to also do the same.

That does not mean these rules are always blindly followed though.

It also makes sense to consider the situation at hand, the state of the environment, and how others may be acting and reacting because of this. Sticking with the traffic lights, whether the amber light suggests to either speed up or prepare to stop may well depend on the situation at hand.

The implication of this in situations such as the voting brackets, in addition to them being simplified by their binary nature with a (typically) clear winner and loser upon conclusion of the vote, is that the chances of being correct may be a lot better than merely an even half or what random chance would otherwise imply.

This was essentially the point Nate Silver was making about improving upon the naïve random chances of picking the perfect bracket in March Madness. The coin, such as it may be, is not in fact fair but biased. And knowledge of this bias (the team more likely to win in a given match) can be used to help improve the chances of correct prediction. Even if a lot of randomness may still remain.

In a voting situation, if by definition 51 percent of the total vote decides the winner in a bracket (or otherwise), such a result cannot really be considered an upset. To win, it’s enough to have even the most minimum amount of the majority vote. Once the line is crossed, anything beyond that doesn’t matter much (baring re-election and bragging rights).

Mathematician John Allen Paulos is likely to suggest that in situations such as these, only about 2 percent of the voters actually care. Because the implication is to look at how much of a deviation there is from the expected random result (which would be likely to occur anyway). That is, 51 – 49 = 2 percent compared to 50 – 50 = 0 percent. Naturally this is only a back of the envelope calculation.

In the voting brackets though, knowledge of which way this so-called proportion that “cares” is going to swing, small though it may be, could be enough to make a very large difference. And unlike in the sporting events, the voters themselves here are determining the result, not an exogenous outcome (such as one team scoring more points and winning the game).

Meaning that because of the most popular voting choice moving into the next round, unless a large and new group of voters enters the population (or there’s a sudden shift in how the voters vote for whatever reason), those who survive each round are likely going to find the result of the final vote converging towards their own viewpoint. Or at least towards a viewpoint consistent with what they and others think each other is thinking.

Convoluted as that may be.

It still suggests moving towards a viewpoint, or a norm, which people believe is the most correct answer.

You’re All Right or We’re All Wrong

In a world where top ten lists aren’t quite numbering in the quintillions, but are ever growing; and if someone can stick a star on it, it’s probably being rated, does the bracket voting mechanism represent a new way of sourcing information? By harnessing the notion that many people working on a solution is better than only one, this may be the case.

It may also make things more democratic, with things such as alternative government policies being put up to be voted upon by the people and for the people. Such that the policy which survives is theoretically the most desirable according to popular opinion.

There’s still the need to be careful with the results and the interpretation of them. What the results are, and what they’re inferred to mean may not be correct. Or even the same thing.

Just because everyone else is doing it, doesn’t necessarily make it right.

Popular opinion may not always be an informed opinion.

Stereotypes and superstitions can pervade. Norms are established. Things may work, but are there better ways to do them?

That something has survived may not mean that, what doesn’t kill it, has made it stronger; only that it has survived.

So the question remains:

Is this all part of the wisdom of crowds or a march towards madness?