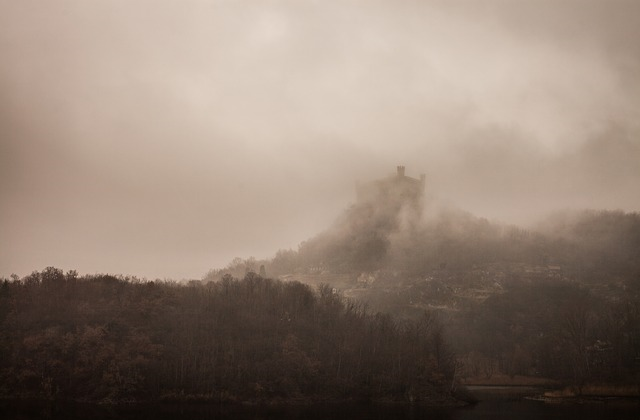 A team of Tolkien fans are taking it upon themselves, with the help of some crowdfunding, to build the fictional city of Minas Tirith from The Lord of the Rings trilogy.

Called Realise Minas Tirith, the crowdfunding campaign is seeking a trivial (compared to the wealth of Smaug) £1.85 billion to create “a beautiful, inspirational and fully-functioning replica of Peter Jackson’s depiction of Minas Tirith,” as was seen in the director’s LOTR films.

Two locations for building the real-life Minas Tirith, both in southern England, are currently being considered.

If made, the recreated capital city of Gondor, Minas Tirith, would feature both residential and commercial properties, to span across the five tiers of the city. Those contributing to the crowdfunding campaign could buy such properties; and if the funding goal is not reached all pledges will be cancelled, with pennies and gold coins to be returned in full.

Sounding the Horn of Gondor for £1.85 billion in help is a rather lofty goal.

Yet maybe this time, some will be there when the strength of Men does not fail.

If only there was a palantír to look around and see for sure.

As outlandish, or Middle-earth-ish, as it may seem to attempt to build Minas Tirith, given the billions of dollars made by the LOTR and Hobbit movie trilogies, it’s not that strange on the Sméagol-to-Gollum continuum of crazy.

New Zealand continues to enjoy the tourism benefits of people travelling to see the movie set of Hobbiton and Bag End. Not forgetting that Mordor itself, as though it was real, found its way onto the top travel destination lists of many tourists for quite some time. Never mind the fictional part, Mordor is also home to the hordes of the Dark Lord Sauron’s armies and the active volcano that is Mount Doom. Adventure tourism, presumably. However, many of the real locations used for filming The Lord of the Rings and The Hobbit movies can be travelled to in New Zealand though; and one can simply walk into Mordor, with some effort.

Of course it could be wondered instead of realising Minas Tirith, why not start with something less ambitious, like building one of the two towers?

Although Ent-proofing Orthanc could be expensive; and avoiding the likeness of a lighthouse for Barad-dûr with the Eye of Sauron unblinking and wreathed-in-flame atop the Dark Tower is ever the challenge.

As for building the Mines of Moria, clearly the claim of “roaring fires, malt beer, and red meat off the bone” is pure real estate agent marketing hyperbole for talking up a tomb. It’s therefore best cautioned against. The “ripe meat” or “red meat” debate is something else again.

Would Minas Tirith have a Steward, awaiting or not, the return of the King?

Or simply have a Mayor instead, hopefully one better than Laketown had?

Is Prince Harry the man for the job at Minas Tirith, or would it make him a Manchurian candidate?

Whatever the case, to build Minas Tirith by setting a crowdfunding goal of raising £1.85 billion in 60 days is ambitious for any fellowship.

Even for those stout of heart and deep of pocket.

But if you want to help realise Minas Tirith with your money after tax and donating thy dough, pledge away.

Fans of J. R. R. Tolkien and his works should light the beacons and let others know Gondor needs help. Like whispered to moths, they should come to the flames.