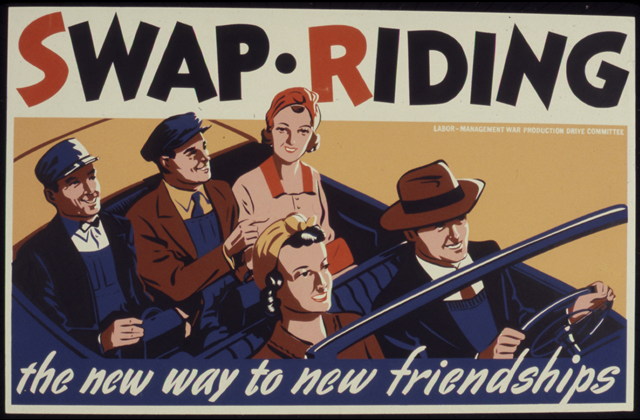 Uber to Charge GST in Australia

As of 1 August 2015, Uber drivers in Australia will need to be registered for, and start charging GST. The 10 percent Goods and Services Tax (GST) will apply for people paying for a ride using the ride-sharing service Uber.

This is consistent with the Australian Government’s move to begin charging the GST on digital products (including those purchased internationally, even if costing under A$1,000).

In many regards, this has the acknowledgement that the digital economy, alternatively referred to as the sharing economy, is here to stay.

Despite concerns related to Uber, predominantly by those in the taxi industry, this move suggests legitimising the business of Uber from a governmental perspective.

With Uber drivers to start charging GST, this brings them in line with taxi drivers charging GST.

Beyond paying tax in the obvious method via the GST, it also closes the various loopholes which had been employed by Uber and other ride-sharing apps (often related to circumventing taxi and hire car laws), such as people not making payments for the services, but instead offering “gifts” or “donations” to the drivers.

Ride-sharing apps, generally, are not charities. Introducing the GST also addresses the alternative of fringe benefits tax (FBT) issues, which may have been applicable pertaining to gifts.

However, it’s not quite as neat this. Nor as costless.

Uber and other ride-sharing apps have argued that their drivers are not taxi drivers, hence do not need to charge GST.

The Australian Government imposing GST on digital downloads essentially ends that debate. Save for the fact that it is not applying the GST on all digital products consistently, as discussed below, and that Uber is not a digital download per se.

Yet with charging GST on digital and sharing economy goods and services, now comes additional compliance costs, such as requiring Uber drivers to register with the Australian Tax Office (ATO) for an Australian Business Number (ABN) to charge and collect GST.

Being businesses now, then technically it also must be disclosed that the Uber drivers’ cars are being used for business purposes, and as such they can expect an increase in the costs of their car insurance. And that’s likely the tip of the iceberg.

With that, will likely come the rising costs of services such as Uber, greater than the 10 percent GST, as drivers charge more to compensate for the additional workload and costs. Others may simply opt out entirely.

For as much as apps and the sharing economy has been viewed in some ways as the Wild West, and it has not been without its issues, it has also largely been self-regulating and able to easily innovate. The inclusion of ABNs, GST collection, and other bureaucratic red tape, will likely negatively impact the innovations.

Labelling the sharing economy as new the black economy seems more related to who is, or isn’t, benefitting from it. Black economies typically occur in response to provide goods and services demanded by people where, typically government regulations, or circumstances, have made such items otherwise impossible to legally obtain.

Part of the appeal of ride-sharing apps such as Uber, was (and perhaps still is) that they challenged the status quo of monopolies such as the taxi industry (often via competitive pricing), enabling people a means to do this and payments to that end.

It’s not even clear that the Australian Government and the ATO have thought all of this through, to the extent that Uber users will be charged GST, but not those using the accommodation-sharing service Airbnb. Which is not consistent.

There are other quirks and inconsistencies regarding the Australian Government’s treatment of the sharing economy. Such as renting a room you own (including via Airbnb) is not subject GST, but renting a garage you own for a car to park in is subject to GST.

Part of Uber’s contention also relates to what constitutes exactly ride-sharing, as Uber has written in response to the ATO:

The ATO has wrongly chosen to categorise ridesharing as ‘taxi travel’, which the GST Act defines as “transporting passengers, by taxi or limousine, for fares”. Ridesharing is not a taxi service. The vehicles involved in ridesharing are not taxis or limousines, and participants can not accept street hails, can not wait at ranks and do not use taxi meters.

Regardless of whether bureaucratic red tape and definitional semantics go hand-in-hand, clearly Uber is none-too-pleased about the whole situation, and is considering challenging the Australian Government on legal grounds over the imposition of GST for its drivers.

The likely outcome, is that the Australian Government would win if challenged; furthermore it can be expected that in Australia, Airbnb will soon also include charging GST.

In principle there may be nothing wrong with everyone paying the same amount of tax, such as the GST, for the same service, such as being driven somewhere. Uber has been accused of tax evasion by GoCatch (a taxi booking app) for reasons such as this; along with giving Uber an unfair 10 percent discount pricing advantage.

Yet by the same egalitarian principle of paying the same amount of tax, do such people similarly consider it fair that personal income tax is tiered based on the amount earned, instead of a flat rate of tax for all?

Or even that company tax is a flat rate (currently 30 percent in Australia), but personal income tax isn’t.

Regardless of such notions, part of Uber’s argument, and discussions with the ATO have related to the compliance costs with the GST and what its drivers are likely to earn. Noting that small businesses with under A$75,000 per annum in turnover, do not have to register for GST. Uber claims the ATO is unfairly targeting its drivers to collect GST irrespective of how much income they earn.

While there are differences between an employee and a contractor (and subcontractor), including for taxation purposes and related to the nature of the work, given the issues of GST collection and compliance, why it’s being imposed at the level of the individual driver for Uber, and not more simply at the company level of Uber by the Australian Government and ATO is unclear.

By making the payment through the Uber system, GST could be collected then and there via this company payment system, and the remainder – after the company takes its percentage and transactions costs – distributed to the individual driver. Who can still remain responsible for all income tax, rather than Uber. Thus still in keeping with Uber drivers being contractors for Uber, instead of employees of Uber.

This would also address Airbnb. By booking accommodation through Airbnb, at present the company Airbnb takes a percentage of this amount, and then distributes the remainder after transaction costs to the provider of the accommodation. Again, if Airbnb were to collect the GST at the company level for the use of its services in Australia, then the individuals providing the accommodation would not have to register for GST and deal with the compliance costs and accounting issues of it.

However, all would be paying GST in the same manner. Levelling the playing field. Regardless of whether Uber driver or taxi driver; Airbnb accommodation provider or traditional hotel.

Surely this would address concerns related to compliance and issues of equitableness related to the payment of GST?

As strange as it seems to be arguing in favour of people paying more tax, that Australia is moving to make the GST apply to all digital products and services, it also seems that the both GST and the sharing economy are here to stay. That being the case, allowing both to coexist in as efficient and equitable ways as possible, along with not stifling innovations, should be the goal.