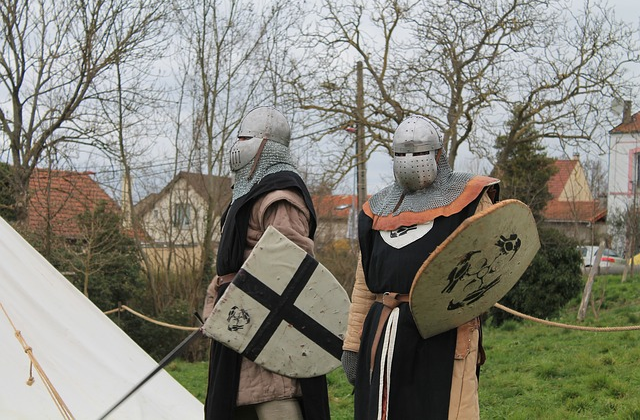 US Lawyer Demands Trial By Combat, Game of Thrones-Style

Richard A. Luthmann, a Staten Island attorney accused of aiding a client to commit a fraudulent transfer, wants to settle it legally with trial by combat.

Luthmann has requested that the New York State Supreme Court let him settle the case with a fight to the death, with his court filing stating:

Apart from Luthmann being a more than minor fan of the Game of Thrones television series, where trials by combat aren’t uncommon, the US lawyer also claims that trial by combat has never officially been outlawed in America.

Reported by The Wrap, Luthmann wrote:

“Since [1776], no American court in post-independence United States to the undersigned’s knowledge has addressed the issue, and thus the trial by combat remains a right reserved to the people and a valid alternative to civil action.”

Trial by combat here finds its origins back in the wager of battel, and was typically reserved for kings in disputes related to land. British common law last accepted the practice in 1818, and the British Parliament repealed it the next year.

However, as the original 13 colonies in America inherited British common law, coupled with the Ninth Amendment to the U.S. Constitution, then citizens’ rights exist until the government expressly limits them. Even if the burden of proof for trial by combat rests firmly on the claimant.

Whether Richard Luthmann, Esquire, can in fact prove he’s legally entitled to trial by combat and have it accepted by the court seems doubtful. But maybe he looks great in a full suit of armour.

Or he could always try some LARPing (live-action role-playing) instead.

Not to disparage Richard Luthmann as a lawyer, but what bearing legally, if any, the “violence is the last refuge of the incompetent” quote from Isaac Asimov has, may be too much mixing of fantasy, science fiction, and reality here.

Got any thoughts about Richard Luthmann invoking of the ancient right of trial by combat? Then as a matter of honour answer the uthinki question below: