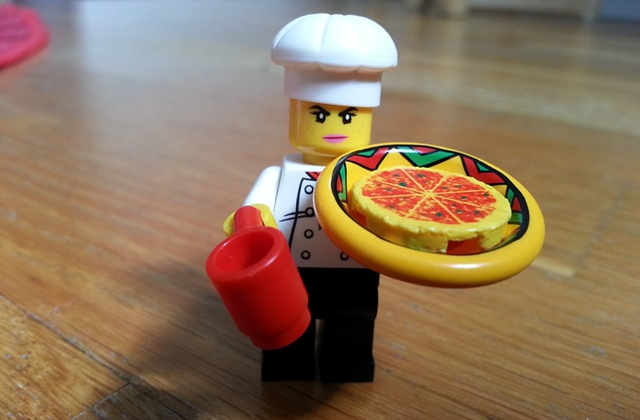 Alcohol, Pizza and Pie – No Change but Rye

Islington, London, a man was almost charged ₤223,000 for a six-pack of craft beer. What exactly was this beer crafted from, may be a reasonable question.

Rumours swell that it was brewed in the fires of Mount Doom itself. Using yeast secretly collected from the very baguette which stopped the Large Hadron Collider. With malts and hops of such pedigree that saffron is thrown on the ground before them as they are loaded on an unsinkable Bismarck guarded by tactical and nuclear penguins. All to form the ultimate craft beer.

Or, the man was simply overcharged by accident.

The decimal point had been moved a few places. Possibly because the period was being taxed.

Fortunately or otherwise, he didn’t actually have the ₤223,000 in his bank account to fund the declined purchase.

“I wasn’t really paying attention but I glanced down and saw the first two numbers.

“They looked fine so I tapped in my PIN.

“As soon as it declined the shop assistant and I realised what had happened and we just laughed. It was funny but I will definitely pay more attention when I pay by card from now on.”

And the last time a bottle of alcohol has cost so much, Barry O’Farrell was still the Premier of NSW in Australia.

Although Beyoncé did recently spark a furore over her pouring of a bottle of champagne into a hot tub in a film clip featuring herself for Feeling Myself.

If the price tag of US$20,000 for the bottle of Armand de Brignac, also known as Ace of Spades, is to be believed. Even if her husband Jay Z owns the champagne brand.

Which also comes in a very exclusive 30 litre bottle, that sells for over US$200,000. Because bigger is better. And more expensive.

At that price, it could almost buy about half of a six-pack of craft beer in London.

If craftily fine ales, politician-toppling vino, and fan-deflating bubbly has left expensive tastes lingering in the mouth, then best to end the world tour back in Australia. With a pie worthy of soaking up some of that senselessly overpriced alcohol.

Not just any pie can achieve that though.

Not even the eight Four’N Twenty pies unceremoniously stuffed into the crust of the latest extra meaty pizza by Pizza Hut can achieve that. (Although maybe eight kebabs stuffed into a pizza crust could?)

Seriously, there’s a meat pie that costs A$12,000. With no errors in the receipt.

But it’s good value, because it comes with complimentary tomato sauce.

It’s also topped with a dusting of genuine gold leaf.

No word as to whether it is 24K gold.

On a pie quite so charmed, and worthy of being set before the king, one would surely expect no less though.

As for the four and twenty blackbirds, they’re probably being baked into the crust of a pizza somewhere right about now.

What all of this means together is a van full of mystery.

Other than it being an expensive one, and probably one which neither Shaggy nor Scooby-Doo could solve. Or stomach.

A bit like a song about Kombucha mushroom people, it’s about absolutely nothing.

Or maybe it’s more like a kitten pulling at the threads of a wedding dress. Cute but costly.

Unravelling in a similarly random tradition, there’s a mysterious and likely logic-defying uthinki question in the button below: