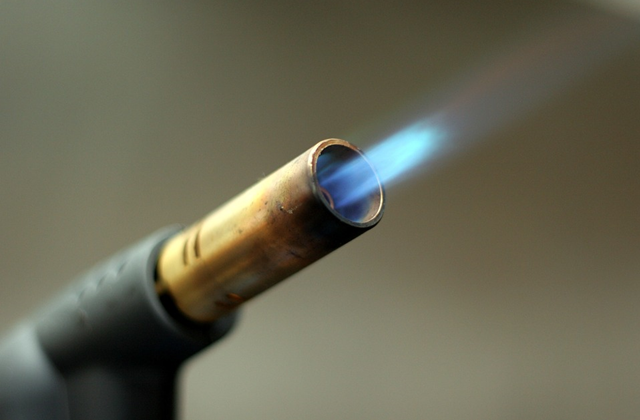 An ad to promote eating lamb on Australia Day in 2016, has come under fire.

Quite literally, because it contained a scene with what some have dubbed “a blow torch” (although it’s more of a flamethrower) and a vegan.

Chargrilling vegetables is fine. It could even be considered gourmet if using a blow torch on them.

Allusions to using an incendiary device on people, less fine, as far as complainants are concerned.

Lee Lin Chin, whose day job as a serious journalist and television presenter for SBS in Australia, hasn’t stopped her capacity for self-parody and satire outside of work. If anything, Lee Lin Chin’s social media presence involving having a sense of humour has helped to build her profile in the public eye.

Which likely made her seem a great idea for Meat and Livestock Australia’s advertising campaign for Australia Day 2016.

The ad (shown below) depicts Lee Lin Chin masterminding Operation Boomerang, to bring Australians back to the Land Down Under so they can eat lamb on Australia Day.

The irreverence is nothing new, with such “We love our lamb” ads promoting eating lamb on Australia Day by Meat and Livestock Australia (MLA) being fairly common over recent years.

Compared to beef and pork, lamb may be the least offensive meat to throw onto the multicultural mixed grill, or barbeque.

All of which may be largely beside the point, given the lack of seriousness about it.

Unless it offends people, and the 2016 ad has garnered multiple complaints.

In particular for the scene which involves a flamethrower and special agents storming an apartment in New York, USA, to bring home an Australian who protests he’s a vegan.

As ABC News reported, Andrew Howie from Meat and Livestock Australia defended the scene, noting it’s intended as fun in an irreverent ad:

“The torching is metaphorical towards the kale in the bowl.

“It’s in no way intended to be abusive or violent … what we are trying to do is increase lamb sales over the period.”

Complainants have principally taken issue with the ad’s treatment of vegans; but some also viewed the burning as an act of violence.

Fiona Jolly of the Advertising Standards Bureau said the scene was in compliance with the rules:

“What we have to do is look at complaints against the Advertiser Code of Ethics, and the Code of Ethics doesn’t really have lifestyle choice or eating preferences as an issue that we will look at as being discriminatory or vilifying.”

However, the board could pull the ad or require it be edited if it breached the rules regarding violence in advertising.

“But there is no place for violence in an ad unless it’s relevant to the product, so what the board has to look at is the part of the ad complained about – is it actually violent?”

Now it may be that the New York scene suffered from cross-cultural differences. Since sarcasm seems so steeped in the Australian sense of humour, that it can often be taken seriously by those not from Australia, or unfamiliar with Australian jokes.

In what isn’t a reference to rare cooked lamb, decide for yourself whether the Operation Boomerang stunt is a “bloody outrage” or not:

In the least, it may have provided the internet with another debate of such grave importance and along such transcendental lines as what colour is the dress or who shot first.