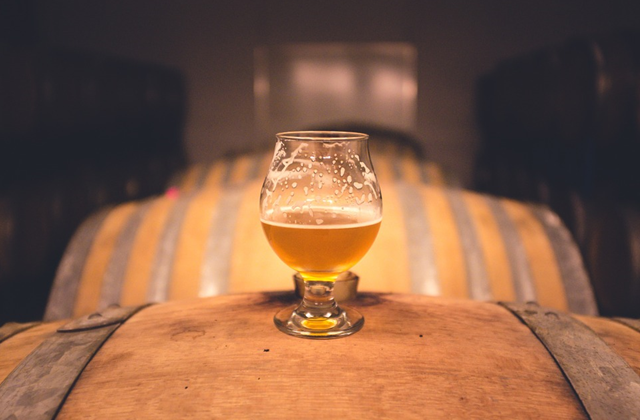 Preservation Ale could be the World’s Oldest Beer

Resurrected from the depths and brought back to life, it has all the makings of a horror movie plot.

But this is science, not fiction, and the subject is beer and yeast to be more specific.

The story of what might be the world’s oldest beer originally set sail in the year 1796. Taking a fateful turn back in 1797, on 9 February, when en route from Calcutta to Port Jackson, one of the first trading ships to the new colony, the Sydney Cove, ran aground on Preservation Island in Bass Straight. Down with the beached and waterlogged ship went some cargo, beer amongst it.

Head forward to 1990, when the shipwreck was salvaged by marine archaeologist Mike Nash for the purposes of historic shipwreck preservation.

The maritime relics of yesteryear recovered from the Sydney Cove (Australia’s oldest merchant shipwreck) continue to be displayed at the Queen Victoria Museum and Art Gallery in Launceston, Tasmania.

Amongst the sunken treasures, were three samples of liquid contained in beer bottles from the Sydney Cove shipwreck.

Two samples of beer had been decanted for preservation upon initially salvaging the shipwreck back in 1990.

The other sample, also found in one of the museum’s storage areas by conservator David Thurrowgood about 18 months ago, was in a beer bottle with the seal still intact and containing liquid.

“That gave us a chance to possibly have access to the oldest beer in the world. I thought we might be able to culture that yeast and recreate beer that hasn’t been on the planet for 220 years,” said Thurrowgood.

Until recently (subject to if the discovery is correct or not), it was widely believed that beer yeasts have a lifespan of at most 10 years. The prospect of any beer yeast surviving 220 years seemed more in the realms of fantasy and fiction.

Despite this, in November last year Thurrowgood contacted scientists about the beer resurrection project.

“I didn’t think there was any chance it was ever going to work,” said Borneman. “But the opportunity was too good to pass up, to not try. I couldn’t bear it if we said no and someone else tried it and it worked.”

Then things hit another snag for the syringe sample taken from the unopened beer bottle.

As Professor Alan Cooper, Director for the Australian Centre for Ancient DNA (ACAD) broke the news:

“The liquid that was in that bottle wasn’t actually beer. Maybe castor oil, maybe something else, but not beer.”

The yeast from the other two previously decanted samples, however, did yield results.

They were somehow alive.

But why and how, and was it merely the result of contamination?

One was Brettanomyces (commonly called Brett for short), a yeast strain used in older brewing styles, but not in modern commercial beer brewing.

The second was Saccharomyces (commonly known as brewer’s or baker’s yeast), but of a different kind. A hybrid which most closely resembles the yeast used by the monks who brew the Trappist beer.

As Professor Cooper notes, the contamination hypothesis cannot be ruled out at this stage; Thurrowgood and Borneman believe there are too many coincidences for it to hold much weight.

To test it, more bottles will be hopefully salvaged from the Sydney Cove shipwreck and sent directly for scientific testing in labs without the 20 or so years’ hiatus in museum storage.

“We think we’ve got a yeast that hasn’t been seen for at least 220 years,” says Thurrowgood.

Seeing may not wholly be believing here, but sampling a brewed beverage or two from the discovery can’t be all bad.

Based upon a common English ale recipe, a homebrew was made using the yeast discovered in the bottles from the shipwreck.

After the island where it was found, Thurrowgood has named the brew Preservation Ale, and it may well be the resurrection of the world’s oldest beer.