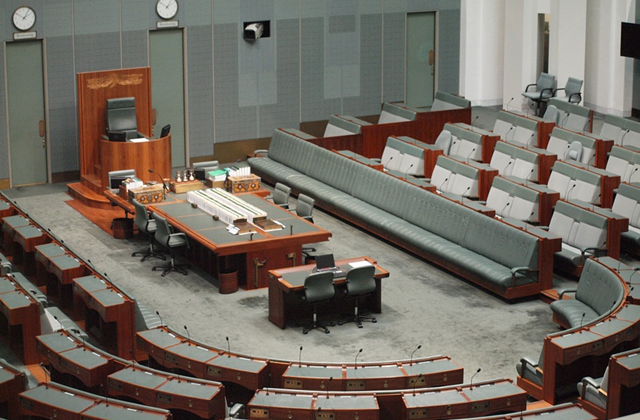 Near one week remains until the outcome of Australian federal election 2016 is officially decided.

With voting set for Saturday, 2 July 2016, Australia will make a collective decision by numbering boxes on a number of ballot papers by voting for the House of Representatives and voting in the Senate.

Down but Not Out

As at the time of writing, 25 June 2016, market-based probabilities imply an 85.8 percent chance of the Coalition (collectively the Liberal Party and the National Party plus a few variations on these) winning the 2016 federal election, placing a corresponding 14.2 percent chance of the Australian Labor Party (ALP) winning.

Further analysis, the results of which are shown in the table below, forecasts that in the House of Representatives, the Coalition is likely to win 86 seats, and Labor is likely to win 60 seats, with the minor parties and independents collectively expected to win 4 seats.

This is based on macro-modelling at the two party preferred (2PP) level, explained further below, and like any forecast or prediction, is subject to error.

It does, however, suggest based on the predictive model that for Labor to claim a decisive victory in this election would require the ALP to achieve about 55 percent on a 2PP basis.

This seems unlikely at this point.

Subject to sampling, the polling data is mixed and tells a somewhat different story compared to the market-based data, although neither can provide a certainty.

Looking at the different sources in combination suggests a Coalition victory, but with a diminished number of seats held in the Government formed.

Anecdotally it appears that Labor has gained some positive momentum over the course of the campaign.

Bill Shorten has gone from an apparent placeholder Leader of the Opposition to a potentially genuine contender for Prime Minister, albeit it remains a long shot.

His rise and that of the ALP in polling data seems to be more caused by a swing away from the Coalition as opposed to a swing towards the ALP, even if the results appear the same.

As to why this may be, could be equally explained by political punditry and campaign tactics, as much as it could be a more simple statistical manifestation of regression to the mean. Simply stated, that if things on average in Australian federal politics are about evenly split between voters’ preferences for either of the two major political parties, then what is up will eventually come down and vice-versa.

In the other corner, is the current Prime Minister and Leader of the Liberal Party, Malcolm Turnbull.

Regarding Turnbull, he was the topic of many a wondering and counterfactual or equivalent “what if” by some, feeling as though he should have been leader of the Liberal Party instead of Tony Abbott from the outset.

Move forward in time to 14 September 2015 and the Liberal Party’s own leadership spill occurred, with Malcolm Turnbull deposing Tony Abbott for the Prime Ministership. Supposedly on the basis poor polling results and in anticipation of the next election.

Suddenly the “what ifs” became what was, and Turnbull did enjoy an initial honeymoon-like period with stronger polling results for the Liberals, notably so according to the Roy Morgan polling at the time. Then the large positivity in the polls waned (as may have been reasonably expected based on regression to the mean amidst too much focusing on the latest data point). It could be spun that the supposed golden boy was also found to have feet of clay, yet that seems more narrative than explanatory.

In 2016, as what has been described as a marathon campaign has worn on, with political feet swollen and egos bruised, the campaign has turned more into a mudslinging match of negative campaigning against the other side.

Cases of claim and counterclaim, and daring to ask: truth or lie?

Despite claiming “100 positive policies” surely no irony is lost on voters regarding how much fearmongering and negativity now seems to be the focal point in the ALP’s bid for election nearing the final stages of the campaign trail. Amongst this are Labor’s claims that the Liberals want to privatise Medicare, or at least the payments system.

Similarly against the Coalition and what may happen with Medicare (whether the “efficiency” is Government-driven or there really are elements of privatisation and a sell-off), claiming something is “never” going to happen in politics requires either incredible prescience or arrogant confidence. Because no politician or political party are likely to remain in power indefinitely and times change, making it more a question of how short memories may be.

The extent to which claims of politicians regarding truth and lies are factual, is ultimately for the individual to decide themselves.

Towards a Table for Two

The results in the table below were calculated on a 2PP basis for the incumbent party in each electorate, taking into account preferences and their nearest challenger (or alternative in exceptional cases), and have been statistically updated to reflect the sentiment of current polling results as at 25 June 2016.

Statistical modelling is subject to error, and most notably this includes the indicated six marginal seats which may be too close to call.

Assuming the ALP takes five of these six seats, would still only give the ALP a forecasted 62 seats. Thus a clear ALP victory requires the large sentiment swing towards 55 percent on a 2PP basis. With a lesser swing the ALP would likely need to form an alliance with the independents or minor parties, this is assuming that the Coalition could not form a majority Government itself. If the ALP achieved around 53.2 percent on 2PP basis, then the Coalition’s chances of winning an outright majority would be greatly diminished, within the model it would also place 15 seats in the marginal status.

Regardless of modelling the hypothetical swings in votes, it should be still considered that the market-based data places only 14.2 percent chance of the ALP winning overall. Hence regardless of the actual number of seats won (or lost), there remains about an 85.8 chance of the Coalition forming Government.

Returning to the data shown in the table below, where at least one of the two main contenders for an electorate seat is not from either of the two major political parties, such as an independent or minor party candidate, the forecasts are likely subject to greater errors.

As an aside, this sort of error also appears to have been the case amongst various polls noting the rise in voters’ preference for the Nick Xenophon Team (NXT). Often despite there not being a candidate running for that political party in the polled electorate, suggesting that the impact of the NXT in the 2016 election may be unduly inflated and these polled voters may otherwise preference or vote for Labor.

(Though a tenuously long bow to draw, it remains to be seen how the NXT may ultimately fare and impact Nick Xenophon, if the experience of the Palmer United Party is anything to go by.)

Additionally, the results shown in the table below are adjusted individual electorate seat 2PP proportions based on overall party-level sentiment swings. They may not account for the polling results of individual MPs per se. Nor adjusting for where established incumbent politicians are leaving and new ones are contending a particular electorate. However, attempts to include these factors into the 2016 election forecasts have been made in Antony Green’s election calculator.

Since the last election there have been redistributions made to various electoral boundaries, as well as alterations to some electorates themselves. Changes which, for now at least, are claimed to have caused the ALP to gain two electorates at the cost of the Coalition losing two.

Within NSW, electorate seats now number 47 in total (not the previous 48): with Charlton abolished and merged into Hunter; Throsby was renamed Whitlam; other electorates such as Barton, Dobell, Eden-Monaro, and Paterson have all experienced boundary changes. The ACT saw slight boundary changes to the seat of Canberra, and Fraser is now named Fenner. Finally, WA gained the newly created seat of Burt. (Note that not every redistribution which occurred after the 2013 election is mentioned in this paragraph, see the list of current federal electoral divisions for more details.)

As such, the forecasts for these electorates with large redistributions are likely prone to greater error than the others. However, all the proportions shown in the table have been adjusted to account for redistributions as required based on best estimates.

All that being said, whilst the gloss appears to have come off the Coalition, both polling and market-based data still favours the Coalition winning the 2016 Australian federal election.

Baring an extreme shock which shifts sentiment considerably away from the Liberals and in the favour of Labor in the coming week, but how long is a week in politics?

Perhaps of more importance to the Coalition, given the game of brinkmanship played by PM Malcolm Turnbull in calling a double dissolution election, will be how the results of those elected to the Senate support or oppose the policies of whichever party forms Government.