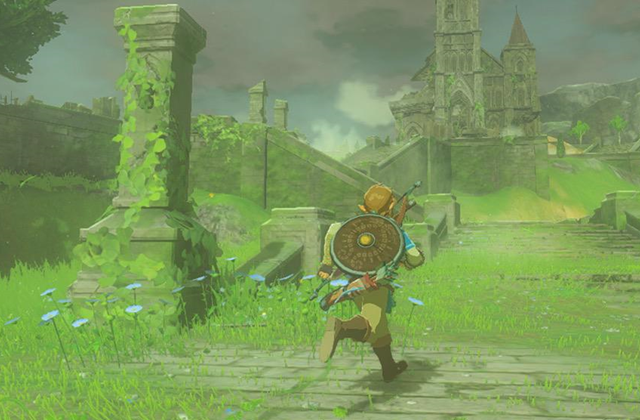 Does Breath of the Wild have Speedrun Potential?

Players will be able to go straight from the opening sequence to the final boss in The Legend of Zelda: Breath of the Wild.

Series producer Eiji Aonuma has confirmed as much.

In an interview via Polygon, Aonuma offered up that it’s “not impossible” for players to go straight to the end goal, the final boss, without doing anything else as the developers “created the game like that”. While also suggesting that a player who does this is either a “really good gamer” or a “little crazy”.

Aonuma may have also thrown down the proverbial Power Glove (a Nintendo-esque gauntlet) with his comment that in Breath of the Wild it “might be fun for fans to compete in a challenge for who can clear it first.”

Nintendo games and gamers are no strangers to speedruns.

The Metroid series has long been a field for such speedruns, with players eschewing items and equipment upgrades in the interests of saving time and completing the games as fast as possible.

It’s also often seen in the Mario Bros. and related games, with gamers taking advantage of warps as well as exploiting glitches to minimise the time taken to complete levels, worlds, and the overall games.

Admittedly a speedrun for The Legend of Zelda: Breath of the Wild, sounds like it may be more in the Metroid-styled speedrun camp.

It does also raise questions (amongst others) about how compelling the storyline for the new Zelda game may be.

Whether it will inspire players to explore and put the pieces of the storyline together, because Aonuma has said that it’s entirely possible to “go to the very end goal without revealing why Link woke up the way he did and where he did”.

It also raises questions about whether or not Breath of the Wild will allow players to continue playing even after finishing the main questline like in other open-world RPGs.

Time will tell on these matters.

For Zelda fans though, getting there might need to be minimised in the interim.

If only there was an ocarina nearby.