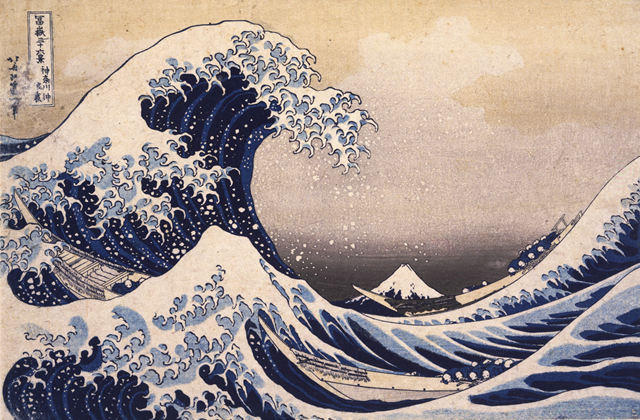 Paddle Your Own Kayak

A 43-year-old Japanese artist, Megumi Igarashi, has recently faced trial, in part for making a kayak. Wait for it, modelled on her vagina. It’s a bizarre case of not knowing which is weirder: getting charged or making the kayak itself.

Megumi Igarashi, who also uses the artistic moniker Rokudenashiko, was initially arrested in July last year, and arrested again in December 2014. The arrests related to her offering digital details to people to 3D print her vagina in exchange for donations to help fund her vagina kayak artwork.

Though there was public outcry following the initial arrest about her right to the freedom of expression; the second arrest pertained to the Japanese penal code and public obscenity laws.

Her defence counsel is quoted as saying: “Even if it were constitutional, the defendant’s work is not a precise reproduction of the vulva and does not cause sexual arousal.”

As much as artists like to see themselves as defying convention, along with the art they create, some of it is fairly pedestrian. Such as using bright colours and painting abstract people instead of realistically painting objects. Or it could be the medium used for the art itself. Making a sculpture of industrial scrap metal instead of a watercolour painting. Regarding the human form, and depicting it naked, nudes aren’t all that new either. Nor is stylising and abstracting nudity into objects.

Ultimately the uniqueness will be in the individual work of art itself. Not simply that it did something different to others.

Making a kayak modelled on her vagina seems more like a talking piece, and certainly not something Megumi Igarashi should be charged over. As a kayak, even the word itself is symmetric. Which should count for something. Possibly artistic. Also, it was only a kayak, which is fairly modest. It’s not like it was a canoe or an ocean liner. Although it may give an interesting interpretation to doing an Eskimo roll in a kayak; and the vagina kayak was said to be usable.

However, the issue is obviously more related to distributing the data blueprints to 3D print her genitals.

All of it, initially, seems a bit like an overreaction by authorities. A bit like Thailand banning underboob selfies, charging the Japanese artist seems rather out of place owing to the other cultural aspects of the country. Given what can be seen and is depicted in some Japanese manga and anime, the fuzoku sex industry, and a society also known for its geishas and love hotels, distributing plans for 3D printing a vagina and a vagina kayak seems like they’re made for the occasion. Whilst it could be argued that these are mainly private and behind closed doors, the same cannot be said of the Kanamara Matsuri.

Kanamara, is the very public Japanese penis festival. Something accepted and celebrated as a Japanese cultural attraction and tradition, which occurs yearly on the first Sunday of April in Kawasaki. The Shinto fertility festival is certainly not fined for anything resembling indecent exposure. Or public obscenity. It’s also far more phallic than even the hypothetical conversation between Dick Cheney and Sigmund Freud as they barbeque sausages and smoke cigars.

Yet if something is “art” are people more tolerant of it? The moniker of art can shield claims of it being vulgar and lewd, instead labelling it as challenging and confronting.

It’s somewhat reminiscent of Milo Moire’s “The Script System” where a naked female model caught public transport. The curious thing may be in wondering what would have happened where she not a model and it wasn’t for the sake of art. Would a naked person that was not a model catching public transport be fined or arrested for indecent exposure? Furthermore, would it make a difference whether the naked person was male or female?

Did the vagina kayak cross the fine line here, and what was used as a paddle?

Perhaps it related more to the Japanese artist’s profile, where if she’d been more widely known no fine would’ve been issued. However, Igarashi’s series of DECO-MAN sculptures has helped to raise her artistic profile. Along with there being outrage and commentary of sexual repression and hypocrisy following Megumi Igarashi’s initial July arrest. So it can’t be that she’s an unknown artist.

Is it then, yet another example of double standards, one for men and another for women? To what extent is public nudity or a representation of it, be it in a physical artwork or as an expression of the female form on the internet, truly empowering females?

Perhaps what is particularly intriguing about the charges and Rokudenashiko distributing the data files to 3D print her vagina, is that is actually what art is about: interpretation. And this element of art is also finding its way into that other art form known as law.

Is the code merely the medium through which the art expresses itself?

If it is obscene, when, where, and how does it become so?

Consider the case if it were Igarashi distributing the finished product as physical sculptures of her vulva instead of digital code, would that be considered by authorities as being more obscene, or less?

What about, if she gave people a block of clay and an instruction booklet, so they had to manually make her genitalia by hand – is that more obscene, or less, than 3D printing it via digital specifications?

All of which, as considerations could make for interesting discussion, not to mention potential precedent, in the courtroom. The ramifications of which may come back to interpretation. If the ones and zeros in the code are not obscene, but perhaps the finished product is, does that also give a potential defence related to other obscene materials found on people’s computers?

An obscene image could be damning evidence.

However, what of the code that could be used to make the image?

Should the code be treated as something rightfully related to the freedom of expression, even though the final product may in fact be regarded as legally (and perhaps morally) obscene?

There does appear a potential legal loophole, or at least a point of contention here. The code may be innocent enough, but what it can create may not be. (The relative newness of 3D printing and the technological elements, including what can be done with them, also has echoes of the year 2013 with the 3D printed gun, the Liberator pistol.) Even if Japan’s legal system may be full of loopholes for fuzoku, this is heading into somewhat uncharted territory. Which may be part of why Japanese authorities are pursuing the matter. Contrary to the claims and commentary that it’s all about feminism.

As for a penis kayak appearing at the Kanamara, time will tell if it happens and what the reaction to it may be. Who knows, maybe the penis kayak and the vagina kayak will find each other and together form a matching pair as equals. Journeying across the seas and off into the rising sun in an artistic embrace.