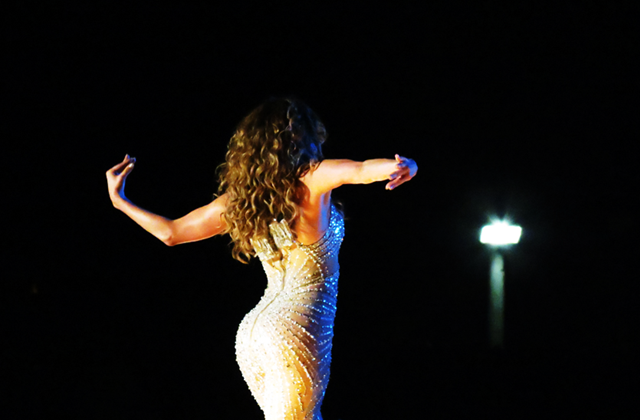 Talk of spicy Moroccan lamb is fine. Spicing up Jennifer Lopez’s rump in Morocco is another matter entirely. Especially if it’s shaking on public television.

J-Lo’s performance on Friday 29 May before a live audience of 160,000 at the Mawazine Festival Rhythms Of The World, in Rabat, sparked no shortage of commentary from Morocco’s conservative local media. Including calls of her performance being a “a breach of public decency” noting that she was “scantily” dressed and managed to strike more than a few “suggestive poses”.

This may not have been such an issue, nor out of the norm for the Booty singer, but for the fact that the concert was also broadcast on the 2M TV network.

There are unconfirmed reports of an unnamed educational group filing a lawsuit against the singer and the promoter, claiming that Jennifer Lopez’s performance “disturbed public order and tarnished women’s honour and respect”. How much truth there is to this at present is unclear.

Likewise with claims of Morocco’s Communication Minister Mustapha Khalfi being asked to resign for permitting the booty shaking broadcasts on television.

Khalfi is reported as saying in a tweet that “what was broadcast is unacceptable and goes against broadcasting law”. The Communication Minister is also said to want to meet with the ethics committee of broadcasting network 2M TV.

Beyond a court appearance, if found guilty, Jennifer Lopez could reportedly face anywhere from one month, and up to two years, in prison.

Jennifer Lopez has no doubt courted controversy in the past. Not always intentionally though. Which probably included J-Lo singing at the 56th birthday party of Turkmenistan’s leader, Gurbanguly Berdymukhammedov.

She does also dress scantily at times. Jennifer Lopez’s green Versace dress at the 2000 Grammy Awards is largely credited with giving birth to Google Images. Sure there may be the occasional suggestive pose in there as well, but this is hardly unexpected of her live performances.

None of these things really should’ve been a surprise.

Whether all that makes her too hot for Moroccan TV, in legal terms, remains to be seen. While it stands to reason to respect the values of the country an entertainer is performing in, were J-Lo’s actions that untoward?

Furthermore, as asked in the uthinki question below: