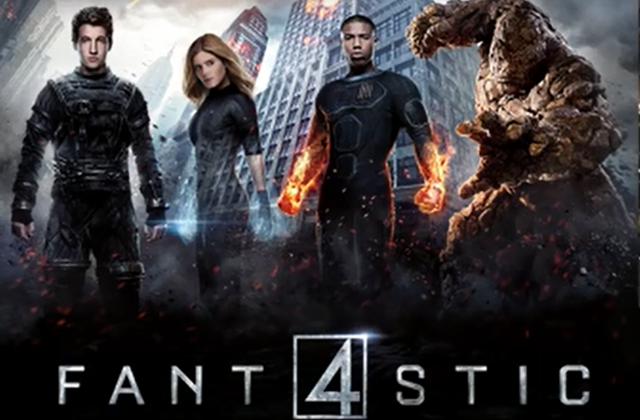 The Not So Fantastic Four Movie

The new Fantastic Four (2015) movie was supposed to set things right. Press the big reset button and start up a whole new movie franchise. Fox even went so far as to pull from availability digital copies of the previous two films so as to prevent confusion between the old and new movies.

It was supposed to be a fresh start and a palate cleanse.

And though people long suspected the new Fantastic Four film was already going to stink, when it did arrive they were found holding their noses and feeling nausea. The reboot left the foul taste of bootlick in the mouths of many moviegoers, for more than four reasons.

“A year ago I had a fantastic version of this. And it would’ve received great reviews. You’ll probably never see it. That’s reality though.”

Suggesting that the studio had meddled too much with the film. (Maybe later his intended version will surface as found footage?)

The “fantastic” aspects of the movies seems exciting as a catchphrase challenge between Arnold Schwarzenegger and Christopher Eccleston’s version of Doctor Who. With extra sarcasm added. Because it’s “Fant4stic” as well, and secure as a password.

As the new Fantastic Four film is being panned like a desperate gold prospector by fans and critics alike, there’s again renewed calls that maybe it’s time for Fox to either return to the Fantastic Four film rights to Marvel. Or to do a deal like Sony has done with Marvel for the upcoming Spider-Man re-reboot film.

The new film is lacking any real sense of family like the Fantastic Four comics have, or even the previous two films had. Under the circumstances, including H.E.R.B.I.E. the robot may have added some much needed humanity to the movie.

The movie re-treads on the origin story. Once again. That path is too worn. Rebooted superhero movies need to move on.

There were also the casting issues and divergence from the source material on the characters.

And that’s not just about Johnny Storm.

Or even Doctor Doom. Who’s now the powered of equivalent of the Superman in the Iron Mask, and sparkles like Edward Cullen in the sunlight.

And while in the movie the Thing is not a man in a rubber suit, but CG, it’s more swing and miss than hit. Watching the rocks constantly grind and break from his body raises questions about erosion.

Then there’s that other issue of, well, modesty.

Elsewhere the Thing has typically sported shorts. At least a loincloth. Or that mainstay of superheroes, visibly external underwear. (Or maybe it’s European swimwear, even if the Thing would probably avoid swimming more than a hydrophobic cat.)

But not this time around.

The Thing is rocking it, full commando, and completely unclothed.

What is nudity to a stone? It may be a valuable question.

However, while not quite the ladies’ man, the Thing has had his share of romantic relationships in the past. Which leads to a rather interesting uthinki question in the button below…